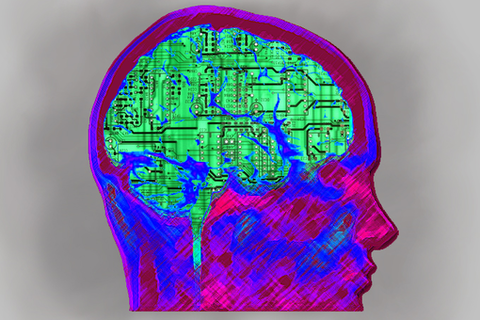 Will we ever understand complex human experiences such as consciousness or emotions? Will there ever be a way to build synthetic brains or brain-like computers? The brain is a network of billions of interconnected cells and recent technological advances allow us to study the brain as an integrated network, much like Facebook. If you wanted to understand the Facebook network, you would not study each and every member. Rather, you would study how connections between members translate into interactions. You would observe communities that spontaneously emerge and topics that cascade across the network like viruses spreading on the internet. One might think that biomedical science would be on the forefront of utilizing such technologies. Unfortunately, biomedical science is mostly entrenched in methods and process thinking from the 1800s and 1900s. We are on the cusp of a transformation in scientific thinking that will allow us to begin to truly understand the functioning human brain.


I am currently the Director of the Laboratory for Complex Brain Networks. We are an interdisciplinary group of scientists that believe it is necessary to study the brain as an integrated system. My passion is complexity and the study of interdependent processes. I strongly believe that a new scientific revolution is upon us and we are going to see a major change in how science, particularly biomedical science, is conducted. Over the past 50-100 years science has lost the focus on finding truths through creativity and innovation and has instead focused on incremental knowledge expansion. This has been done using methodologies that are not suited for studying complex processes like the human body. I am on a crusade to help bring about change and try to begin a new chapter in science that will seek a complete understanding of the human body as it exists in the natural world. I am speaking on 3/11/13 at 12:30. My presentation is called "Synthetic Brains, Facebook & the New Revolution."