Decisions Based on Quality, Not Anecdotes 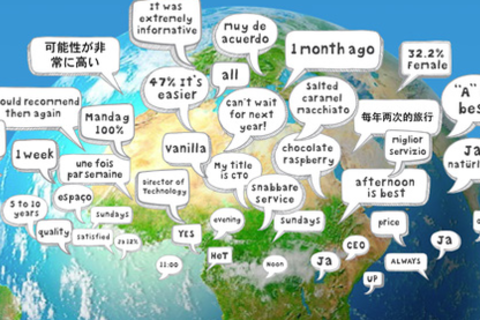 How many decisions do you make in a day? From what type of coffee you want, to determining the user-interface for your next product, you make hundreds of decisions every day. The important question to ask yourself is this – how many of those decisions are you basing on quantifiable data, and how many are you basing on gut instincts and something your Aunt Mildred told you last Christmas? With so much data available in our digital age, it’s important to be gleaning quality insights from everyone who has a stake in your company’s success. Even more importantly, you need to be utilizing data from others as well. Data is a sharable commodity, and as it becomes a searchable, social function, people will have more access to information that can make or break a company’s success path. In this session attendees will learn the right way to gather and analyze data that will inform their next big business decision.


Dave Goldberg is the Chief Executive Officer of SurveyMonkey, the leading provider of online survey solutions. Dave has been a successful entrepreneur, investor and technology and music industry executive. He has run and successfully grown several online consumer businesses.

Dave founded LAUNCH Media Inc. in 1994, which delivered music and music-related content online, and he led the company through its acquisition by Yahoo! in 2001. Following the sale, Dave served as Vice President and General Manager of Yahoo! Music where he led the company’s global music operations and built it into the Internet’s most-visited music destination. In 2006, Dave was named one of Billboard Magazine’s top power players in digital music.

From 2007 until he joined SurveyMonkey in 2009, Dave served as an Entrepreneur in Residence with Benchmark Capital where he evaluated investment opportunities for the firm and advised portfolio companies. Earlier in his career, Dave was director of marketing strategy and new business development at Capitol Records in Los Angeles.