I Overthrew My Government... Now What? 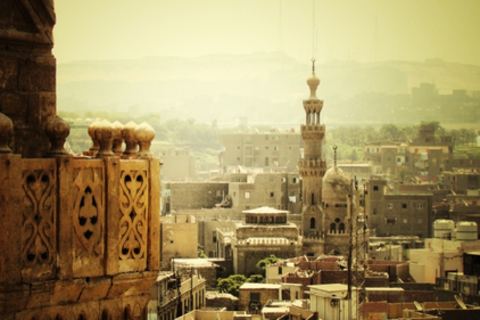 Social media’s ability to organize & facilitate grassroots activism played a significant role in democratic change throughout the Middle East. But how is social media being used in the aftermath of regime change? How is social media supporting – or disrupting – budding democracies?
Leading campaign strategists & democracy advocates will examine the role of social media in Egypt and Libya, two countries that recently overthrew undemocratic regimes, and Syria, where Assad remains in power. Partnering with Crimson Hexagon, the panel conducted active and passive research, including an analysis of social media data using leading tools with native speaker analysts.
When applicable, the panel will examine pre & post regime change digital media efforts and discuss how social media is advancing and disrupting democracy in each country.
Media analysis will be supplemented with accounts from opposition leaders & activists about the role of social media throughout democratic revolutions.


With two decades of experience in the industry, Mr. Harvin has provided strategic communications solutions in over 60 countries. He is a founding Partner at Sanitas International, a global strategic communication, public affairs, digital media and political advisory firm based in Washington DC. Mr. Harvin is also a Partner at Barbaricum, a Service-Disabled, Veteran-Owned Small Business and SBA certified HUBZone which provides advisory services to the US Government.

Mr. Harvin has served the White House and has held senior communications and public affairs positions with the Secretaries of Defense and Veteran Affairs, Members of Congress and the Coalition Provisional Authority in Iraq. He has represented multiple Heads of State, corporations, and sovereign governments in emerging markets around the globe.

Mr. Harvin serves as a Board Member of the Washington Inter-Governmental Professional Group and is an active member of PRSA. A native of South Carolina, he resides in Washington DC.

Currently a Post-Doctoral Fellow at the Center for Cultural Sociology at Yale University, Elizabeth graduated from Wellesley College and received a PhD in sociology from Yale in 2012.

Elizabeth's dissertation explored the meaning system of American journalism; she publishes academic articles on the public sphere, news media, and popular culture in academic journals. She has contributed to The Huffington Post and regularly contributes to Crimson Hexagon's blog.


Joe Trippi is one of the most sought-after political strategists and an Analyst for FOX News. Most recently, Trippi helped engineer Jerry Brown's come-from-behind victory in the race for Governor of California. In 2003 -- as Campaign Manager for Dean for America -- Trippi was the first political operative to appreciate and then realize the potential of the internet in political organizing and fundraising. Many of the tactics, tools, and strategies he created in 2004 have become the foundation for movement politics in the United States and around the world. Trippi is the author of “The Revolution Will Not Be Televised: Democracy, the Internet and the Overthrow of Everything,” the story of how his revolutionary use of the Internet combined with an impassioned, contagious desire to overturn politics-as-usual grew into a national grassroots movement – and changed the face of American politics forever.


Nancy Messieh is the associate director of the Atlantic Council's Rafik Hariri Center for the Middle East and editor of EgyptSource, a blog following Egypt's transition.

Prior to joining the Atlantic Council, she was based in Cairo, Egypt as The Next Web’s Middle East Editor. She has also worked for The American University in Cairo Press and the Egyptian publication Midan Misr. She holds a Bachelor’s Degree in English and Comparative Literature from the American University in Cairo and has been published in Phirebrush Magazine, Identity Theory and others. She is also a published poet; Photographs Never Taken was published by UKA Press, 2004.