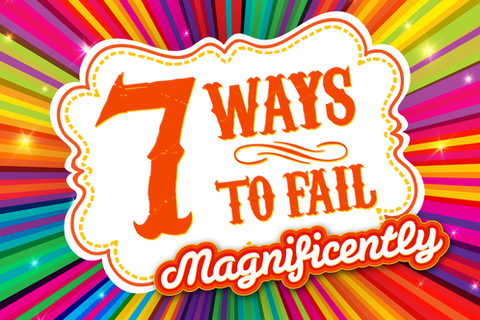 When Ted Murphy introduced paid blogging in 2006, it was so contentious it garnered headlines like "PayPerPost.com offers to buy your soul.” At one industry event, Ted was even called the ‘evilest man' in the room by the moderator.

That experience, dozens of failed ideas, and one wildly successful company later, Ted learned to go big, fail quickly, and move on. He grew his current company, IZEA, with a focus on culture and creativity. In May 2011, this once-controversial company went public, working with clients around the world.

Here, Ted will share 6 ideas that fell flat (while wasting money and time) and one that paid off. Attendees will get a head start on the lessons Ted learned the hard way, such as:

* Sometimes it’s a crapshoot, so go for it.
* Tips: Know when to dig in your heel... and when to let go.
* What makes a great business partner and who’s just a pain in the ass.
* The moneymen: When to self-fund and how to deal with crazy investors.


A serial entrepreneur, Ted Murphy has founded six companies since 1994. Murphy’s latest venture, IZEA operates a variety of social media properties including Sponsored Tweets, SocialSpark and Staree. Murphy has been called the father of paid blogging and is largely credited for creating the social media sponsorship industry.

Murphy has bootstrapped companies off credit cards, been VC backed and most recently brought a company public. His disruptive approach and leadership have enabled him to raise over $21 million in equity for his entrepreneurial endeavors in both public and private markets. Murphy's backers have included top tier VCs Draper Fischer Jurvetson and Village Ventures as well as billionaire Dr. Phillip Frost.

Murphy has consulted for some of the world's largest marketing organizations including FOX, Bombardier, General Motors, SeaWorld and Disney. He has also negotiated deals with celebrities like Kim Kardashion, Diddy and Bob Villa. Murphy is a prominent visionary, speaking and presenting to marketing and Internet professionals around the world.