Hacking the News Around the World 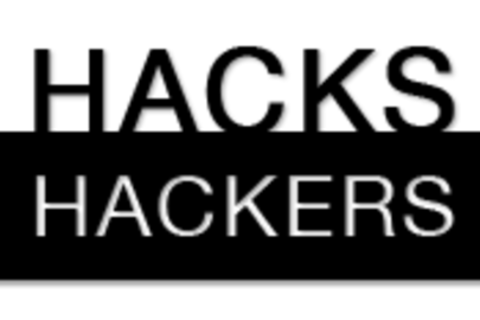 Hacker journalism is going global. The Hacks/Hackers movement has spread around the world, and this panel will bring together organizers from Africa, South America, the Middle East and the U.S. to talk about how the journalism-technology movement has grown across the world. Panelists will discuss the challenges of working in closed societies, data mining in countries where data doesn't flow freely, finding media outlets without support of legacy institutions and how to build a hacker culture in countries where the word has a distinctly negative connotation. The panelists will discuss their experiences in running events like hackathons, projects they have built and communities they are bringing together.


Burt Herman is co-founder of Storify, an application for telling stories with social media, and founder of Hacks/Hackers, a worldwide organization bringing together journalists and technologists. Storify won the 2012 SXSW Interactive award for social media, the 2012 Online Journalism Awards prize for technical innovation in journalism, and was named one of the top 50 Web sites of 2011 by Time Magazine, among other accolades.

Burt previously worked as a journalist for The Associated Press. In his dozen years there, he served as Korea bureau chief, founded a bureau covering the five countries of former Soviet Central Asia and reported on the wars in Afghanistan and Iraq, among other assignments worldwide. Burt was a 2008-9 Knight journalism fellow at Stanford University, where he earlier received a bachelor’s degree with honors in political science and master’s degree in Russian and Eastern European studies.


JUSTIN ARENSTEIN is founder and manager of the annual $1m www.AfricanNewsChallenge.org, and is co-founder of the Code4Africa initiative that spearheads the #OpenData movement on the continent.

Both projects form part of a portfolio of 'disruptive tech' initiatives that Justin spearheads for the DC-based International Center for Journalists (ICFJ.org), and that includes establishing a Hacks/Hackers Africa chapters, a network of civic technology labs, and programs supporting data journalism experiments. In addition to his ICFJ work, Justin serves as a digital strategist for Google.

Justin previously worked as an award winning investigative journalist in southern Africa, focusing on State corruption, money laundering and the arms trade. He co-founded and helped build the Forum for African Investigative Reporters (FAIR) and co-founded the InvestigativeDashboard. He was a 2009/10 Knight Fellow at Stanford University, exploring strategies for using augmented reality in news narratives.


Knight International Journalism Fellow Mariano Blejman is an editor and media entrepreneur specializing in data-driven journalism. In 2011, he co-founded Hacks/Hackers Buenos Aires, a local chapter of the group that brings technologists and journalists together to find solutions to information problems.
With 1,700 members, the Buenos Aires chapter is already the second-largest chapter in the world. Through Hacks/Hackers Buenos Aires, Blejman built Mapa76, a set of digital tools that analyzes and displays data on timelines and maps. Mapa76’s first project is to reveal patterns in the disappearances of thousands of people during the violent rule of Argentina's military dictatorship in the 1970s. Blejman also founded the Hacks/Hackers Buenos Aires Media Party, a three-day event that attracts 700 journalists and technology innovators from around the world.
For the 14 years before his Knight Fellowship, Blejman worked at the Argentine newspaper Página/12. He was an editor and writer for the digital culture section and editor-in-chief of a weekly supplement on youth culture, rock music and technology. During this time, he published more than 1,500 articles and edited more than 400 supplements.