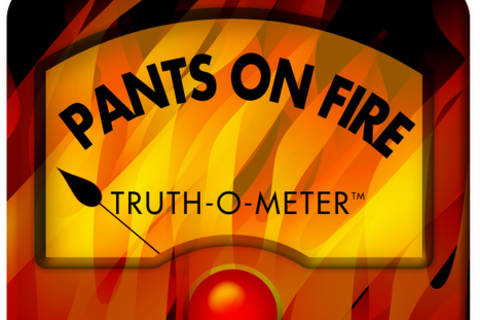 After the Tampa Bay Times won a Pulitzer Prize for PolitiFact, its groundbreaking fact-checking operation, other newspapers wanted to get in the game and start their own PolitiFact sites. Editor Bill Adair had to figure out how to scale a specialized, unique type of journalism to many newsrooms — without harming the Truth-O-Meter, the heart of the PolitiFact brand. Adair took some guidance from the fast-food industry, which has perfected how to make burgers and fries taste the same from St. Pete to Seattle. Adair will describe how he adapted techniques like secret tasters, in-depth training programs, and a build-a-burger approach to accountability journalism. Steve Myers, who has written extensively about PolitiFact and the emerging field of fact-checking journalism, will discuss how PolitiFact’s franchise approach addresses challenges of strained newsroom budgets and is a model for collaborative, distributed journalism.


Bill Adair is the creator and editor of PolitiFact, the fact-checking website that won the Pulitzer Prize for National Reporting in 2009. He also serves as the Washington Bureau Chief for the Tampa Bay Times and as an adjunct faculty member at the Poynter Institute.

He has been interviewed many times on CNN, MSNBC and NPR, and has been a guest on the Today Show and the Colbert Report, among others.

He has worked in Washington since 1997 and has covered Congress, the White House, the Supreme Court, national politics and aviation safety. He is the author of "The Mystery of Flight 427: Inside a Crash Investigation," a behind-the-scenes account of how the National Transportation Safety Board solved one of the biggest mysteries in aviation. He is the winner of the Everett Dirksen Award for Distinguished Coverage of Congress, the Society of Professional Journalists Sigma Delta Chi Award and the Manship Prize for New Media in Democratic Discourse.


Steve Myers is managing editor of The Lens, a nonprofit investigative news site in New Orleans. Before joining The Lens in 2012, he was managing editor of Poynter Online, the preeminent source of news and training about the journalism industry. At Poynter, he wrote about emerging media practices such as citizen journalism, nonprofit news sites, real-time reporting via social media, data-oriented news apps, iPhoneography, and fact-checking. An upcoming Poynter book about journalism ethics includes his essay on the state of the fact-checking niche. At SXSW 2012, he spoke about citizen journalism with the man who live-tweeted the Osama bin Laden raid.