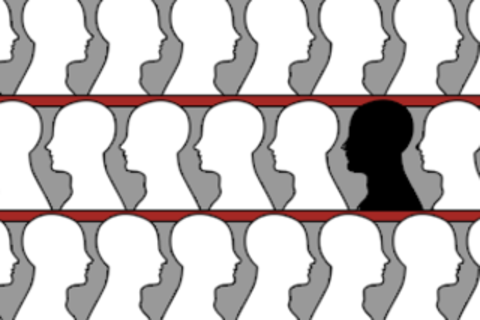 The Racism on YouTube panel will take a hard look at the various struggles that black members of the YouTube community face each day. YouTube is an expansive, diverse community, but its foremost personalities largely fall under the white and Asian racial umbrellas. Only two of the site's top 100 personalities are black (DeStorm, Kingsley), and there's a significant drop-off after that. This panel will examine why it is that blacks struggle to contend with other races on the platform and also explore various issues that arise with racist commenters and detractors.

Andre was chosen by Google as a “YouTube Next Vlogger” and part of the first class of the new YouTube Space Los Angeles, marking him as one the upcoming crop of next YouTube stars. He has been featured on USA Today, NPR, Nintendo, Huffington Post, Deadline Hollywood, etc.

When not creating content, Andre has guest starred in TV commercials, indie films & web series like “The Guild” with Felicia Day and “Table Top” with Wil Wheaton.


Chase Hoffberger is a reporter living in Austin, Texas, on staff at the Daily Dot and a regular contributor to the Austin Chronicle. He specializes in YouTube and city happenings.


I'm an actress/comedian, graphic designer, natural hair lover and video blogger based in NYC. Oh and one time, I made a viral video called, "S#*! White Girls say...to Black Girls"


Hailing from Alabama (roll tide!), Jenny Korn has attended Princeton, Harvard, and Northwestern, and is now at UIC, earning her PhD in communication with a graduate certificate in gender studies. She has written one bachelor's thesis and two master's theses, and she has created, produced, and directed a theatrical play that was performed to a sold-out audience. She explores how the online landscape belies user presumptions about race and gender and how the Internet has given rise to inventive digital representations and online communications of identity. Jenny Korn has won an outstanding graduate student award from her department and is the first and only graduate student from her department to win a Chancellor’s Student Service and Leadership Award. Please feel free to connect with Jenny Korn via Facebook at http://facebook.com/JenKorn or via Twitter @JennyKorn or at http://www.jennykorn.com/