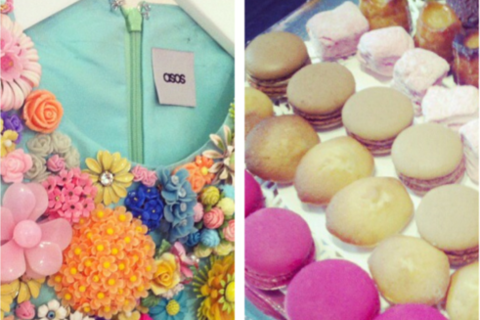 All those latte portraits and shoe snapshots that fill up your feed? They're major game changers—in the cultural narrative realm. And as the recent acquisition of Instagram by Facebook proves, images have become the main medium in which we tell our stories. Moreover, it’s likely that visual documentation within the social sphere has not even reached its saturation point yet. Focusing on two lifestyle categories that have experienced rapid audience growth thanks to the parallel rise in category enthusiasts—from cultural foodies to personal style bloggers—the panelists will discuss emerging trends, how the medium has challenged narrative expectations, what this means for traditional image makers, as well as what the future content and commerce opportunities for these two verticals may hold—within the digital space and beyond.


Elizabeth Spiridakis is the Art Director at Bon Appétit magazine. She has worked in magazines for over 10 years including Details and The New York Times. In 2007 she was named one of PRINT magazine's NEW VISUAL ARTISTS: 30 Under 30 and has won several magazine awards for her design and art direction.
She started the blog White Lightning over 5 years ago on a whim and has been profiled in, among other places, BUST, DAZED Digital, TONY, ELLE and was voted Best Fashion Blog by The Village Voice. She once called made fun of Kanye West on her blog and he wrote a lengthy diatribe about her on his own (now defunct, RIP) blog. It was awesome. SLATE magazine published an article this year naming her the true originator and Term Coin-er of the now unbelievably annoying word "amazeballs" which was also awesome (and true).