Smooth Scrum: Lessons from the Theatre 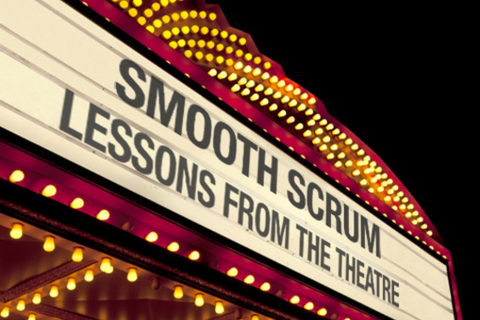 The last few decades of the American theater have seen a rapid growth in the number of ‘devising ensembles’—playwrights, actors, directors, and designers working together in collaborative groups to develop plays. It's agile development for the American stage.
Instead of beginning with a script—which is really nothing more than a fixed, detailed set of requirements that have to be met in design and development—theater artists are working collaboratively to transform a few rough (user) stories into a fully fleshed-out experience through the theatrical equivalent of sprints… with tremendous, ground-breaking results.
Any number of lessons from the world of devised theater can teach us a great deal about how to make scrum projects more creative, satisfying, successful, and smooth than their traditional waterfall counterparts. If your scrum practice needs a creative boost, this session might be the answer.

Due to a technical error, the audio for this session begins 18 minutes after the start of the presentation.

Prior to joining Threespot, Gwydion developed interactive solutions for a wide variety of educational clients, including Discovery Communications, U.S. News & World Report, Johns Hopkins, Kaplan/Score, and the Kennedy Center. Before joining the interactive industry, he worked as both a professor and a freelance journalist for several years.

Outside of Threespot, Gwydion is an award-winning playwright whose work has been commissioned and produced around the United States. He holds a master’s degree in poetry from Johns Hopkins University and a bachelor’s degree in writing from Northwestern University, and his writing on the arts and technology regularly appears on several online journals. In addition, Gwydion lectures on related subjects to organizations as diverse as TEDxMichiganAve, TEDxWDC, the Center for Inquiry, and the Ethical Society.