Screw the Valley, We Want to Build a Boulder 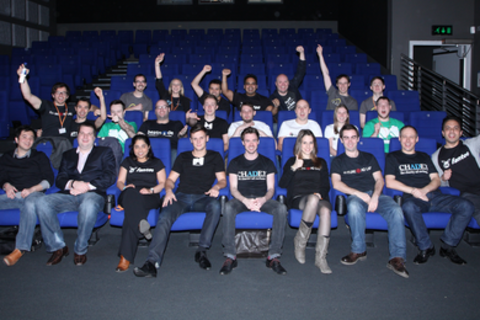 Why try to replicate the success, scale or legacy of Silicon Valley in any meaningful way? Why compete with New York, London or Berlin, when talent will always be attracted to capitals of commerce and culture?
Martin Bryant, Managing Editor of The Next Web and Paul Smith, Director of accelerator program ignite100 ask the audience whether towns and cities around the world can build sustainable, successful startup communities. They explore how Boulder established itself as a world-class startup community, and look at how teams elsewhere in the world are looking to do the same.
And they ask the most important question of all; can remote startup hubs ever hope to grow awesome startups?


With a particular interest in European startups, apps and the constant evolution of digital media, Martin Bryant is Managing Editor at The Next Web.

He has contributed comment and analysis on technology news to TV and radio shows such as BBC Breakfast (BBC One), You & Yours (BBC Radio 4), Newshour (BBC World Service) and Good Morning Wales (BBC Radio Wales), plus The Independent and the Channel 4 News website.

Based in Manchester, UK he co-founded the city's Social Media Cafe events that helped kickstart a lively cross-discipline digital community in the city. More recently, he has become part of the founding team behind TechHub Manchester. He is also a member of Manchester Digital's council.

A Broadcasting graduate, he is well-versed in the British media industry and moved into the online media industry after having worked in education, helping children learn TV and radio skills.


I'm director and programme manager at ignite100, an early-stage digital accelerator programme based in the UK.

In the past 18 months I've managed over 40 startup founders and delivered two 13 week mentor-intensive programmes while working alongside VC and angel investors. I also mentor and advise several startups, providing marketing and product insight.