The Hacker's Guide to the Galaxy 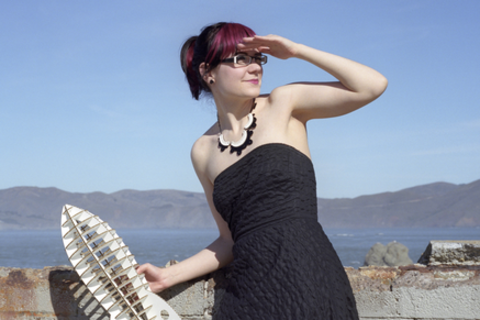 Don't panic: the next big science revolution isn't just for asteroid miners or CERN scientists. Just as science fiction has often shown the way to future inventions, the act of hacking is now generating prototypes that act as footholds for future explorations, discoveries and epiphanies in science. This presentation takes you on a tour of our universe (from black holes and dark matter to exoplanets and the search for extraterrestrial intelligence) and shows you how you can actively explore the final frontier through getting excited and making things.


Ariel Waldman is the founder of Spacehack.org, a directory of ways to participate in space exploration, and the global instigator of Science Hack Day, an event that brings together scientists, technologists, designers and people with good ideas to see what they can create in one weekend. She is also an interaction designer, a research affiliate at Institute For The Future, and an advisor for the SETI Institute‘s radio show, Big Picture Science. Previously, she worked at NASA’s CoLab program whose mission was to connect communities inside and outside NASA to collaborate. Ariel has also been a sci-fi movie gadget columnist for Engadget and a digital anthropologist at VML. In 2008, she was named one of the top 50 most influential individuals in Silicon Valley.