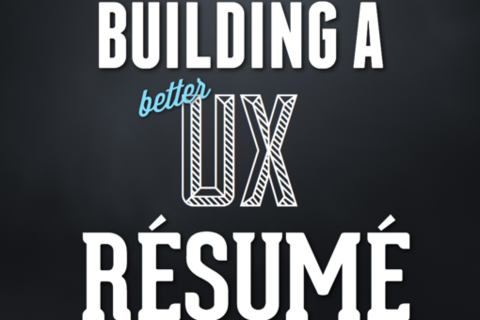 The dreaded résumé. How can one love something meant to condense and cram a person’s life and career into a handful of pages? We as job hunters hate them because they never seem to sufficiently convey what we do or how we do it, and it’s usually the first impression any potential employer gets of us. Employers have a love/hate relationship with them because they do, at first, provide an apparently good abstraction of a potential hire, but it’s a thin veneer that quickly rubs away when they come face to face with an individual that barely seems to match up with that first impression.
A couple of years ago I experimented with treating my résumé as a UX project, applying user-centric principles and methodologies on myself in the hopes of landing a better job. In this session I'll go over the process that led me to my design, discuss 'user' reaction to the design, and outline some ideas that can help everybody build a better résumé, UX or otherwise.


Mike Dunn is wearing two hats this year at SXSWi:

Hat one is as a gaming media journalist. He loves to play, write about, and live video games, but only when he's not wearing hat number two...

Hat two is as a UX Architect (for local company Spredfast), and a Panelist! He'll be speaking on Monday March 11th about how to build a better UX résumé! Come see him talk and act like a goofball in front of a bunch of people.