David over Goliath: Power of the Sharing Economy 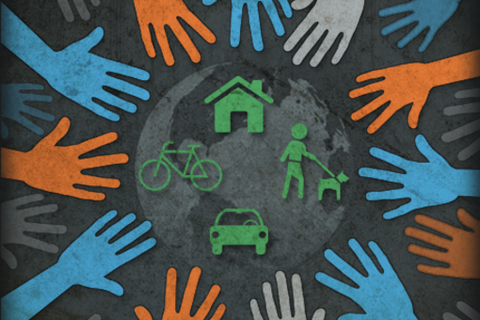 The sharing economy. Collaborative consumption. Call it what you will, it is clear that these new social and commercial technologies have collided with macroeconomic forces like the recession and the failure of big hierarchical institutions. This convergence has changed the way people consume goods, educate and employ themselves, and create enterprises, spawning a new economy, invisible to the metrics we use measure society’s condition and progress. While many argue that these trends generate enormous social value, our societal paradigms are not prepared to answer this question since we tend to measure value captured, not value created. Further complicating the conversation, a recent NYT article questioned if these trends are “fostering a race to the bottom,” suggesting that the economic opportunities the sharing economy creates are undesirable. This panel will attempt to illuminate the impact of the sharing economy.


I'm the communications director at Etsy, the marketplace where creative people buy and sell unique goods. Our mission is to reimagine commerce in ways that build a more fulfilling and lasting world. Before joining Etsy, I was a journalist at The New York Times and PBS. Today my role is to tell the story of the Etsy community and movement.


Nate is the technical architect behind Airbnb. A pragmatist who translates vision and design into tangible product through fast iterations, Nate uses data to identify and pursue high-growth opportunities. Under his leadership, the engineering team has developed a robust, secure marketplace which now facilitates a massive amount of commerce each day.
Nate got an early start in business and technology when he founded an online marketing company while still in high school. Since then he has worked as a program manager at Microsoft, engineer at OPNET Technologies, and lead developer at Batiq. Nate graduated with a degree in Computer Science from Harvard University.


Shelby Clark, is the founder of RelayRides, the world’s first peer-to-peer carsharing marketplace, and he's now working on his next startup. He's intrigued by connecting people online to positively impact the offline world.