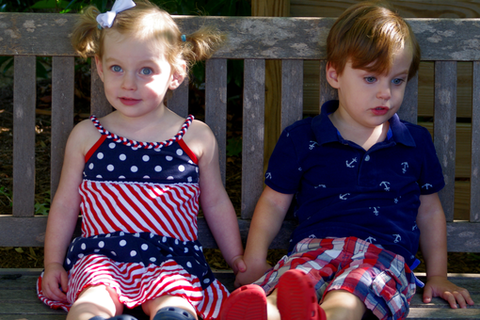 The opening of government has already yielded new tools that can help citizens to start their own businesses and engage in successful projects, while helping the government and the market operate more efficiently. This panel will explore how and why citizens can participate in and benefit from government's recent forays into the digital landscape.
Panelists will discuss the offerings from The National Archive (which hosts the Citizen Archivist Dashboard), the USDA (which hosts MyPlate Super Tracker and Know Your Farmer, Know Your Food Compass), Health and Human Services (which hosts more than 250 health-related data sets), GSA (which runs Challenge.Gov) and the Consumer Financial Protection Bureau (which helps set standards for financial data). We will talk about how citizens, and increasingly entrepreneurs, can turn leverage government to help create new tools and launch companies, make more informed decisions, and engage in meaningful work.


Amanda is the Director of Web Communications U.S. Department of Agriculture, Office of Communications. The policies and programs of the USDA impact the lives of Americans every day – from food, agriculture, and science to natural resources – and there is an ever-present opportunity to communicate our mission effectively through digital channels and platforms. Amanda is the Department’s Digital Strategy Lead and works alongside the Office of the Chief Information Officer, agencies and programs to deliver a 21st Century government.

Leading digital communication activities at USDA, she provides strategic guidance to the Office of the Secretary and coordinates efforts of the Department’s seven mission areas and 29 agencies and offices. She also provides overall strategic guidance for a wide range of communication campaigns throughout the Department including the monthly AskUSDA Twitter chat with leadership, open gov effort and associated policies.

Prior to joining the Office of Communications, Amanda served as a press officer for the USDA’s Food Safety and Inspection Service.


Gadi Ben-Yehuda is the Director of Innovation and Social Media for The Center for the Business of Government. He speaks and writes extensively, delivering presentations all over the US and internationally. His articles have appeared online and in print in publications ranging from Huffington Post to GovExec to Financier Worldwide to American Spirit, the magazine of the Daughters of the American Revolution.

Mr. Ben-Yehuda has worked on the Web since 1994, when he received an email from Maya Angelou through his first Web site. He has an MFA in poetry from American University, has taught writing at Howard University, and has worked in Washington, DC, for nonprofits, lobbying organizations, Fleishman-Hillard Global Communications, and Al Gore's presidential campaign.

Prior to his current position, Gadi was was a Web Strategist for the District of Columbia's Office of the chief Technology Officer (OCTO). Additionally, Gadi has taught creative, expository, and Web writing for more than 10 years to university students, private-sector professionals, and soldiers, including Marines at the Barracks at 8th and I in Washington, DC. (The lattermost by far the most disciplined.)

As part of the staff for the Center for Excellence in Digital Government, she helped build the government challenge platform Challenge.gov. Karen helps other agencies use the site effectively, communicates with the Community of Practice, promotes challenges through Facebook and Twitter, and plans educational events that teach government employees about the importance of challenges and prizes.

In her spare time, Mary is a dedicated Philly sports nut, self taught foodie, amateur historian, and aspiring photographer (aka an Instagram-a-holic).