Shut Up & Take My Money: LEGO Does Crowdsourcing 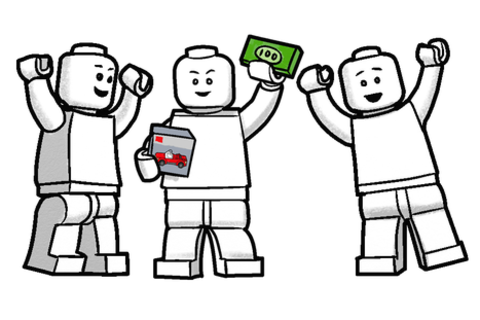 Come hear from the intrapreneurs with a web-startup mindset who opened the LEGO Group to solicit and deliver crowdsourced products. In 2011, LEGO opened its factory doors with LEGO CUUSOO, allowing fans to propose designs for new products and collect votes from their peers. The LEGO Minecraft proposal in late 2011 took the beta site (and the Internet) by storm and became a hit product of the summer.

But to LEGO fans with high expectations, something seemed rotten in Denmark. Transforming this crowdsourcing dream into reality was a lot harder than stacking a few bricks together. LEGO CUUSOO allowed acute demand to emerge overnight, and when it did, production resources in the traditional manufacturing company remained fixed and finite. The company learned pointed lessons about transforming fan concepts into real products under public scrutiny, and will share hard-learned best practices that will help you allow your fans to drive product innovation.


Peter Espersen head of Online Communities for the LEGO Group focusing on the 13+ age group. Peter spearhead’s online community and social media, when engaging teen and adult fans of LEGO, and works closely with a wide range of business units across the company. Among the initiatives Peter has work on is the social media amplification project ReBrick and LEGO CUUSOO – that co-creates LEGO products.

In the past, Peter has been the Country Manager for Sulake in Denmark and Norway. Sulake runs Habbo Hotel that has almost 12 million users worldwide

Previous to that, Peter has been the development manager of all digital platforms at Danish TV2 where he was responsible for developing the commercial possibilities.

Peter Speaks is a regular speaker at conferences within Communities, Social Media and Gaming around the world, and guest lectures at The University of Copenhagen, and the ESCP Masters Program in London and Paris.


Tim Courtney works in the LEGO Group's Community, Engagements and Events team and has been responsible for community development and communication for LEGO CUUSOO since the site opened its doors worldwide in 2011. He brings over fifteen years' experience in online communities, technology evangelism, user experience, and B2B and B2C web and mobile development. He's also a published author, writing Virtual LEGO (No Starch Press, 2003) to teach LEGO fans how to design and share their own 3D LEGO models. Tim is known as a tireless customer advocate and trusted advisor and specializes in multi-channel digital marketing, client development, and building long-term strategic alliances on a global level.