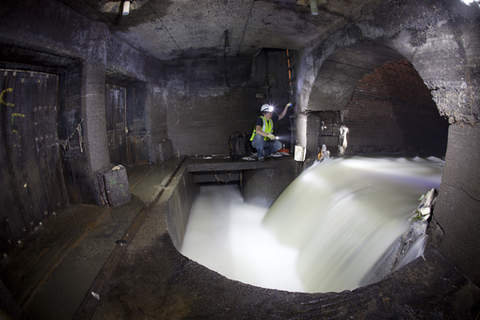 In a data driven world, how do individuals contribute? Do you question where your data comes from and who owns it? This panel will explore the recent surge of grassroots movements empowering communities of citizens to understand more about their world through data, the scalability of these projects, and their future in our Internet-reliant society. From maker-centric Pachube/LogMeIn to environmental justice based Public Laboratory, open-source communities are popping up that are taking on broad social and environmental issues. Tools for collecting and interpreting data are cheaper and more ubiquitous than ever before. Undeniably, this movement is largely due to the ease and proliferation of communities on both local and international levels, thanks in part to the Internet. We’ll discuss how grassroots projects are reimagining the way communities engage with their environment through the use of open hardware and software tools for monitoring and data analysis.


Joe Saavedra is a teacher, creative technologist, and hardware and software developer living and working in New York City. His work has been featured in publications such as the New York Times, Wired Magazine and online blogs including Engadget, Gizmodo and MAKE. He has exhibited and lectured in the US, Europe, Asia, and Africa, at venues and conferences such as Venice Biennale, Medialab-Prado Madrid, PICNIC Festival, Open Hardware Summit, Eye On Earth Abu Dhabi, World Maker Faire, Design Indaba, and more. He's currently an Assistant Professor of Media Design at Parsons the New School for Design, where his work with DIY environmental monitoring toolsets began with his Master's thesis project Citizen Sensor.


A technologist and designer, Leif Percifield strives to create work that encourages exploration and examines the simple nature of things. Before coming to New York to study at Parsons, he worked as a media developer at Los Alamos National Laboratory. His background is in media arts and photography. Projects include PaintOut, an interactive digital graffiti platform, and dontflush.me, a project that provides realtime sensing and alert systems for water pollution. Currently he is affiliated with the Public Laboratory for Open Technology and Science where he contributes to the creation of tools for DIY citizen sciences.


A co-founder of Public Laboratory for Open Technology and Science, Shannon is based in New Orleans as the Director of Outreach and Partnerships. With a background in community organizing, prior to working with Public Lab, Shannon held a position with the Anthropology and Geography Department at Louisiana State University as a Community Researcher on a study about the social impacts of the spill in coastal Louisiana communities. She was also the Oil Spill Response Director at the Louisiana Bucket Brigade, conducting projects such as the first on-the-ground health and economic impact surveying in Louisiana post-spill. Shannon has an MS in Anthropology and Nonprofit Management, a BFA in Photography and Anthropology and has worked with nonprofits for over thirteen years.