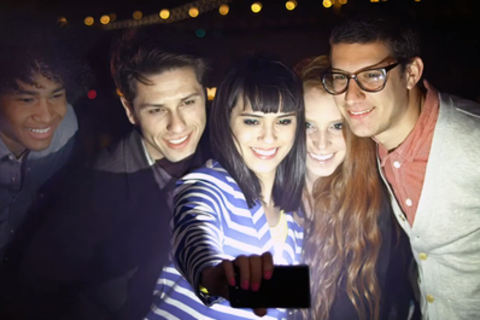 This panel will look at how people socialize online and offline – and how these interactions affect each other. Just as they do in real life, people on social networks and social media form social circles – in a way that can be even more evident than in real life. Do these groups move offline and socialize in real life? Are they forming groups based on social connections, or via interests? On the other hand, friends who socialize offline form similar social circles online. How does this affect their real-life group dynamics?

In this discussion, GroupMe Co-Founder Jared Hecht, Path’s Director of Product Dylan Casey, HowAboutWe Co-Founder Brian Schechter and Fast Company’s Austin Carr will discuss how users’ digital interactions are inspiring offline experiences and in effect, how companies are catering to this growing need for online interaction amidst offline activities.

Brian Schechter Co-Founder & Co-CEO How About We


Brian Schechter is the co-founder and co-CEO of HowAboutWe.com, the first experience-driven dating and relationships company. With co-founder and childhood friend Aaron Schildkrout, Brian pioneered the offline dating movement by providing a simple and intuitive way to get people on real dates, in the real world. In 2012, the company expanded with the launch of HowAboutWe for Couples, a service that makes it easier for people in relationships to have wonderful experiences together, again and again.

Prior to founding HowAboutWe, Brian spent his 20s teaching high school and diving into his passions for urban education and meditation. Brian runs marketing and business development for HowAboutWe. He has spoken at SxSW, NY Tech MeetUp, Ignite NYC, The Glimpse Conference, Internet Week NYC, TEDxDUMBO and more.


Dylan Casey is the Head of Product at Path where he leads a team to ship the product roadmap. Before Path, Dylan was a Product Manager at Google helping to design and launch Realtime search, Google+, Blog Search and My Tracks for Android. Formerly a professional cyclist, Dylan rode alongside Lance Armstrong where he won national championships and competed in the 2000 Olympic games. Dylan earned his BA from UC Santa Barbara. Today, he lives in Menlo Park with his family, and enjoys spending his spare time restoring his Grandmother's 1966 Mustang. Dylan is also a member of the Techstar Nike+ Accelerator program.


Jared is a Co-Founder of GroupMe, a company that helps people enjoy their lives and experiences with friends. GroupMe’s two core offerings are: GroupMe, the group mobile messaging service, and Experiences, a platform for finding, planning and purchasing group activities. In August 2011, GroupMe was acquired by Skype, which was subsequently acquired by Microsoft in October 2011.

Previously, Jared led Business Development at Tumblr where he focused on international expansion and strategic partnerships. Before Tumblr, Jared received his BA in Political Science from Columbia University in 2009 where he served as the Publisher and Managing Director of Inside New York. During college Jared also ran Mixed Bag Productions, a music marketing and production company that worked with nationally touring acts and festivals.

In his free time Jared serves as a mentor to TechStars, as well as an investor and advisor to various NYC startups such as CheckThis, Bondsy and more. Jared is a national chess champion who enjoys all racquet sports and anything involving the outdoors. Originally a native of San Francisco, Jared now resides in New York City with his wife, Carrie.