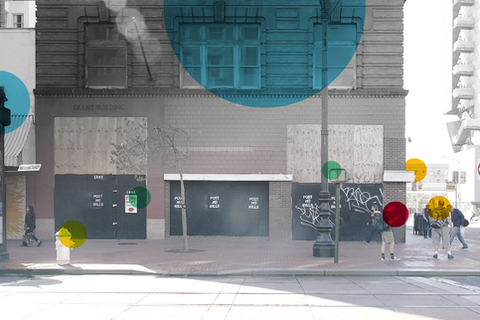 Deliberately temporary, often housed in once-blighted spaces, and enabled by social and mobile technologies, pop ups are disrupting the retail experience and revitalizing our neighborhoods.
In the last year, the vacancy rate of commercial space in the US has plateaued. Online retail giants, such as Amazon and Apple are continuing to move the average shopping experience from High Street to our desktops, tablets and phones.
Pop ups are a growing trend in urban centers across the US, such as New York and San Francisco. Food and retail entrepreneurs are bootstrapping their way into whatever ground level space they can get - from street corners, to food trucks to established stores and restaurants. These pop ups are not just selling products. They’re selling experiences. The one thing you can’t add to your online shopping cart.
The question looms: As retail inventory continues to move online, what are the growing opportunities for pop ups to occupy our cities?

As Principal at The Kor Group, a privately held real estate investment, development, and management firm, Brian De Lowe leads corporate strategy, partnerships & collaborations, and the sourcing and execution of acquisitions. Since 2004, Brian has successfully led the acquisition and disposition of close to $1 billion of real estate transactions with the company, including many of the boutique lifestyle properties that Kor is most known for. Prior to joining Kor, Brian was the Vice President of Business Development for Viceroy Hotel Group, where he oversaw all aspects of the company's acquisition and business development activities in North America and Latin America. While with Viceroy and Kor, Brian also served as Development Director, leading the acquisition, development and redevelopment of urban multifamily, adaptive reuse, and hotel projects in the U.S. and Latin America. Brian currently spends most of his time in San Francisco, where he helped create A Temporary Offering (ATO), a new pop-up concept that integrates virtually an entire city block and creates an urban destination on the ground floor of Kor’s newly acquired Renoir Hotel in the Mid-Market neighborhood of SF. He is a graduate of the University of Southern California's Marshall School of Business, where he graduated magna cum laude.

Patrick is a co-founder of Square Foot(yoursqft.com) and excited about the future of the main street. Intrigued by how new technology will shape our public spaces, he's been working hard to sketch out a new place for creativity and serendipity in our increasingly online lives.

Currently he works as an interaction designer at Cooper(cooper.com) helping clients big(health insurers) and small(start-ups) understand and delight their users. By focusing on the goals of people first, he helps shape technology around human needs. Previously he has turned idle assets active from space (socialinnovation.ca/sssi/), to cars(getaround.com), to business models(businessmodelgeneration.com) to ideas(searchfortheobvious.com).


Annika is currently Logistics category manager and Sustainability lead at Gap, Inc.'s Strategic Sourcing Group. She manages large procurement projects across brands, with an eye for hard savings as well as social and environmental impact.

She graduated from the University of California, Berkeley with a BA in Political Science, served as a Peace Corps volunteer in Africa and then pursued an MBA at the University of Oxford Said Business School. She is audacious enough to believe that creative individuals and thoughtful businesses can improve the world.


Tina is a User Experience Designer at Hot Studio, an experience design firm based in San Francisco and New York. She's also a co-founder of SQFT ("square foot") a start-up that connects retail entrepreneurs with idle spaces.

Tina is passionate about creating value through storytelling, design and technology. In the last 10 years, Tina has lived and worked in Toronto, Geneva, London and San Francisco in strategy consulting, interactive media, design, and technology. She holds a BSc in Cognitive Psychology from McMaster University and an MBA from the University of Geneva.