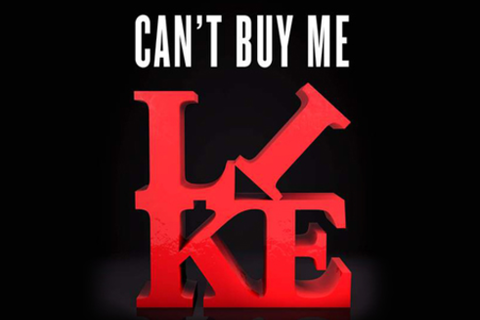 In 2009, Bob Garfield published The Chaos Scenario and the world of media and marketing shit themselves. The book presented an apocalyptic vision of the steady collapse of mass media and mass marketing, which was scary enough. But then he went on to demonstrate the digital world to be woefully unable to achieve the advertising/publishing symbiosis – or the scale – to fill in the yawning gap. It’s all about supply and demand, ad avoidance and vanishing reach.

But now here comes Bob’s successor book, suggesting a way out of chaos. Co-written with digital-marketing pioneer Doug Levy, Can't Buy Me Like is a manifesto, a primer and damn near a spiritual wake-up call for doing business in the dawning Relationship Era. Filled with proprietary data and case histories (plus Garfield’s trademark gimlet-eyed analysis of worst practices), Can't Buy Me Like will literally launch a new discipline within marketing.


Bob Garfield is probably the most prominent commentator and analyst of advertising and marketing who has ever lived, although bear he mind he personally wrote this sentence. His weekly MediaPost column explores the frontiers of 21st-century marketing and media. His bi-weekly column for the Guardian does the same but adds a “u” to “labour.”

For 25 years, his AdReview column in Advertising Age evaluated, vetted, parsed, deconstructed and offered uncanny prognostications for thousands of ads from hundreds of agencies worldwide based on such criteria as strategy, communication, taste, ethics, brand relevance, cultural relevance and craftsmanship. Over the past decade, he has also famously – and presciently -- chronicled the digital revolution, culminating in his landmark 2009 book, The Chaos Scenario. His previous book, the 2003 manifesto on advertising And Now a Few Words from Me, is published in eight languages – including, of course, Bulgarian. His latest boo, co-authored with Doug Levy, is Can't Buy Me Like.

In another life, Garfield is co-host of National Public Radio’s weekly Peabody Award-winning magazine program “On the Media.” For many years, Garfield was the advertising analyst for ABC News. He’s been a regular on Financial News Network, CNBC’s “Power Lunch” and “Adam Smith’s Money Game” on PBS. He’s been a contributing editor for the Washington Post Magazine, Civilization and the op-ed page of USA Today. He has also written for The New York Times, Atlantic, Playboy, Sports Illustrated, Wired and many other publications.

As a lecturer, panelist and emcee, he has appeared in 37 countries on six continents, including such venues as the Kennedy Center, the U.S. Capitol, the Rainbow Room, Broadway’s Hudson Theater, the Smithsonian, Circus Circus casino, Nashville’s Ryman Auditorium (Grand Ole Opry), the Federal Trade Commission, the United Nations, Harvard, Columbia and Princeton universities and, memorably, a Thai kickboxing ring in Cape Town, South Africa.


Doug Levy is co-author of Can’t Buy Me Like: How Authentic Customer Connections Drive Superior Results, to be published by Penguin in March 2013, and founder and CEO of MEplusYOU, a leading strategic and creative agency.

Doug believes that businesses can outperform their competitors by building more authentic customer relationships. He sees marketing as a powerful but largely untapped force, undermined by the prevalent orientation of persuasion.

Through his agency and speaking engagements, Doug shows companies and their leaders that the most successful marketing draws on a different mindset – an orientation around fostering authentic and sustainable relationships. Simply put, he’s helping companies thrive in an environment where the winning formula has changed.

Doug and his agency’s client portfolio span many industries and include some well-known companies, such as Procter & Gamble, The Coca-Cola Company, Pizza Hut, Louisville Slugger, Dannon, and Sallie Mae.

Learn more about booking Bob or Doug for your next speaking event.