Fake It! Your Guide to Digital Self Defense 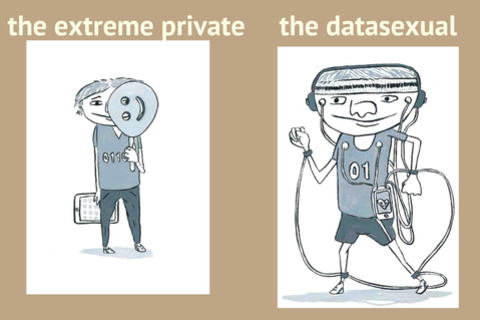 If there's one piece of advice to keep as much personal data to yourself as possible, it's this: FAKE IT and don't become a datasexual! Separate the professional You from the private You, use pseudonyms, aliases and fictitious data online to throw off the dataminers and databrokers.

Facebook, Google and many others have their own rules telling you to use your real name. But your identity and privacy are more important, so you have to perform digital selfdefense.

This reading will showcase excerpts from our book "Fake It," which was published in English and Danish in the fall of 2012, in German and Finnish in early 2013. It's a guided tour through the daily life in the always-on world: at home, at work, at the gym, in school, when traveling, dating and shopping. Since lawmakers are hopelessly behind and tech companies consider personal data a free-for-all, this book recommends taking control over who knows what about you in what context.


Danish journalist, author and speaker about changes in our society in the wake of digital media and new technology. She works partly as a strategic advisor to the CEO of a large Danish media house, Berlingske Media, she’s been the editor-in-chief of TÆNK (equivalent to Consumerreport in the US and Stiftung-Warentest in Germany) and a reporter at the Danish daily Politiken. She holds an M.A. from Columbia University’s Journalism School in New York City, and she has authored five other books, among them “De Overvågede” (The Surveilled) in 2009, and “Noget i Nettet” (There’s Something in the Web) from 1997. Pernille lives in Copenhagen and is on Facebook with a fake name. Find her real identity on LinkedIn or Twitter.


U.S. Correspondent for brand eins, covering technology and human capital from San Francisco. Co-author of the book "Fake It. A Guide to Digital Self-Defense," available in print and as an e-book internationally.