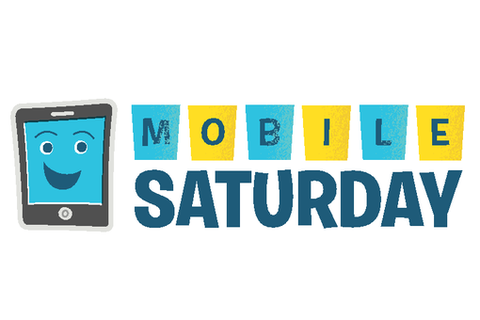 Location. Location. Location - Leveraging Geolocation & Geofences to learn from your customers and inspire engagement:
The traditional tonnage approach to advertising won’t work with the world’s 1 billion smartphone users. Consumers can’t keep their hands off mobile devices because they offer the most personalized, customized and optimized experience they’ve ever known. Likewise, marketers have more power than ever before, with more customer insight and the ability to reach people at anytime, anyplace. In addition to knowing where consumers are right now, they can know where they’ve been, even the direction and speed at which they are traveling. The challenge we face as an industry is to use this power to connect with our customers. In this session we share insights on how marketers need to change their brains when it comes to campaigns so that this power is wielded in the right way in order to build loyalty, not annoyance.

Peter oversees mobile product development for ABC News, including iPad, iPhone, Android and Windows 8 apps and mobile web sites, and plays a leadership role in digital advertising across ABC and its cable and local station properties. Recent product launches include an iPad app that features a multi-stream live video experience with social media integrated onto the video canvas. Previously he was head of product strategy at Yahoo! News, led development of its news video products and was part of the team that transformed the site into the sustained No. 1 online news property. Peter began his career on the content side at Congressional Quarterly in Washington, D.C., where he launched four publications and oversaw a 20 person web newsroom.


Ben West is the co-founder of Xomo which creates official mobile apps for some of the world’s biggest events including the 2010 and 2012 Olympics, Sundance Film Festival, South By Southwest, Lollapalooza and hundreds more. Ben is also the co-founder of Intergalactic, a digital agency with offices in Vancouver and London specializing in mobile development, interactive installations, web, and visualization. Intergalactic's clients include Oracle, BMW, South by Southwest, Telus, Grosvenor and other global brands.

From 1996-2002 Ben built and operated the technical systems of StockHouse.com which was the largest website in Canada during the dotcom era with over one billion dynamic page views per year. Ben was selected as one of Business in Vancouver’s “40 Under 40” and has a BA Honours in Media Studies from Queen’s University. Ben also owns a rather large dog and is a huge Trekkie.


As VP of Product Innovation & Customer Experience @ Redbox, Roe J. McFarlane manages product strategy and execution for the Company. In addition, in his role McFarlane spearheads top-level consumer experiences at Redbox for their online, mobile, Kiosk, and API channels. A seasoned industry veteran with more than 15 years of extensive international business and product marketing experience in both enterprise and consumer software, McFarlane has played integral roles in various technology acquisitions within the graphics, content management, and media software space. Prior to joining the Redbox team in 2012, he led the Digital Solutions Group at RR Donnelley as the VP of Product Management & Innovation. Prior to this role, he held senior product management roles at Corel Corporation.