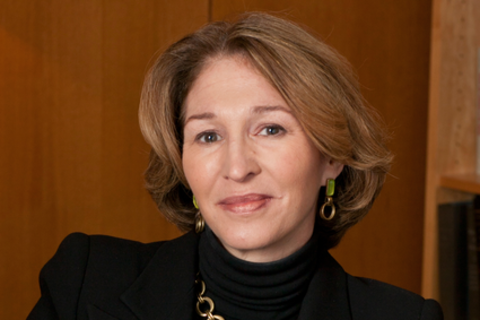 Anne-Marie Slaughter will discuss her article in the Atlantic Magazine, "Why Women Still Can't Have It All", the replies to it, and the expansions on the topic that she is considering in her book on the same topic. She will discuss the ways we can move beyond a simple career/family dichotomy towards a more integrated approach to life that will allow men and women to excel professionally and personally.


Anne-Marie Slaughter '80, is the Bert G. Kerstetter '66 University Professor of Politics and International Affairs at Princeton University. From 2009–2011 she served as Director of Policy Planning for the United States Department of State, the first woman to hold that position. She worked closely with the top leadership of the State Department and USAID as the Executive Director of the first Quadrennial Diplomacy and Development Review, which was released in December 2010 and provides a blueprint for elevating development as a pillar of American foreign policy and leading through civilian power.

Upon leaving the State Department to return to Princeton at the end of her public service leave, she received the Secretary’s Distinguished Service Award for exceptional leadership and professional competence, the highest honor conferred by the State Department. She also received a Meritorious Honor Award from the U.S. Agency for International Development (USAID) for her outstanding contribution to development policy, and a Joint Civilian Service Commendation Award from the Supreme Allied Commander for Europe.

Dr. Slaughter was the first woman Dean of Princeton's Woodrow Wilson School of Public and International Affairs, a position she held from 2002–2009. She rebuilt the School's international relations faculty and programs, recruiting a distinguished group of senior scholars. She expanded the School's faculty as a whole by over 30%, adding scholars from history, sociology, engineering and the natural sciences, and expanded the School's Masters in Public Policy Program to include medical doctors, lawyers, and Ph.D. scientists. Dr. Slaughter was also responsible for the creation of several research centers in international political economy and national security, the joint Ph.D. program in Social Policy, the Global Fellows program and the Scholars in the Nation's Service Initiative.

Dr. Slaughter has written or edited six books, including A NEW WORLD ORDER (2004) and THE IDEA THAT IS AMERICA: KEEPING FAITH WITH OUR VALUES IN A DANGEROUS WORLD (2007). She gave a set of Millennial Lectures at The Hague Academy of International Law in 2000 and was the convener and academic co-chair, with Professor John Ikenberry, of the Princeton Project on National Security, a multi-year research project aimed at developing a new, bipartisan national security strategy for the United States.

Dr. Slaughter is also a frequent contributor to both mainstream and new media, publishing op-eds in major newspapers, magazines and blogs around the world and curating foreign policy news for over 40,000 followers on Twitter. She appears regularly on CNN, the BBC, NPR, and PBS and lectures to academic, civic, and corporate audiences. She has served on the board of numerous organizations ranging from the Council of Foreign Relations and the New America Foundation to McDonalds Corporation and the Citigroup Economic and Political Strategies Advisory Group. Foreign Policy magazine named her to their annual list of the Top100 Global Thinkers in 2009, 2010, 2011, and 2012.

Prior to coming to Princeton, Dr. Slaughter was the J. Sinclair Armstrong Professor of International, Foreign, and Comparative Law and Director of the International Legal Studies Program at Harvard Law School from 1994-2002, and a Professor at Harvard's Kennedy School of Government from 2001-2002. She published over 100 articles in international law and international relations and helped pioneer an integrated approach to both fields.


Jessica Coen is the Editor-in-Chief of Jezebel, Gawker Media's general interest women's site. An influential voice in women's media, Jezebel's readership has swelled to almost 5 million monthly readers across the globe. Jessica has been writing and editing online for nearly a decade; during that time she has established herself as a leading online voice and one of the few veterans in a relatively young medium.

Jessica began her formal media career in 2004 at Gawker, where she was hired as the site's Editor-in-Chief at the age of 24. After tripling readership over the course of two years, she accepted a job at Vanity Fair. In 2007, Jessica joined the staff of New York magazine's website as the Deputy Editor of nymag.com. During her time at New York, she launched The Cut, nymag.com's popular fashion blog, and oversaw editorial content across the website's news, food, and entertainment blogs. She returned to the Gawker Media mothership to helm Jezebel in 2010.

In her previous, non-media life, Jessica was a member of Teach for America, where she taught high school in South Central Los Angeles. She later worked as an assistant at Twentieth Century Fox (because that's the sort of thing you do in LA). Uninspired by the Hollywood studio system, Jessica was headed to Columbia Journalism School before Gawker.com intervened with a job offer.

In addition to writing and editing online, Jessica's byline has appeared in the New York Times, Glamour and Elle; she has also appeared on NBC, ABC, and CNN. A Michigan native and 2002 graduate of the University of Michigan, she splits her time between New York and Chicago. She does not "have it all," but she does have a lot of frequent flier miles.