THE NAKED TRUTH: The Anatomy of a ROCKSTAR Product Cycle 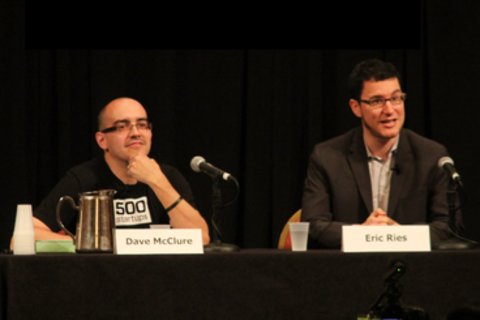 Session includes ETSY, MODCLOTH + MEEBO: THE ANATOMY OF A ROCKSTAR PRODUCT CYCLE. Come hang with Dave McClure, Eric Ries, & 1,000 tech startups + influencers for a day of tactical case studies & inspiring keynotes about what it actually takes to build a killer startup...featuring some of the most important entrepreneurs + innovators in tech today. CHECK IT OUT > leanstartupsxsw.co


Nicole Lazzaro is a world-renowned game researcher, designer, and speaker who makes games more fun. She discovered the Four Keys to Fun in 2004, a model used by hundreds of thousands of game developers worldwide. She used this model to design the iPhone's first accelerometer game in 2007, now called Tilt World which aims to plant 1 million trees in Madagascar. For 20 years she has helped clients such as Sony, EA, and Disney increase engagement. She is one of the 100 most influential women in high tech, top 20 women working in video games and gamification. She has advised the White House and the US State Department on the use of games to unlock human potential to improve our world.


Rashmi Sinha is a designer and entrepreneur. She co-founded SlideShare in 2006. SlideShare is the world’s largest community for sharing presentations. Slideshare was acquired by Linkedin in May, 2012. In 2012, Rashmi was named as one of ten Fortune Magazine’s Most Powerful Women Entrepreneurs. She also has been named the World’s Top 10 Women Influencers in Web 2.0 by Fast Company, and is a frequent speaker at conferences such as Web 2.0 Expo and Future of Web Apps. Rashmi has a PhD in Cognitive Neuropsychology from Brown University and conducted research on search engines and recommender systems at UC Berkeley. You can read her blog at www.rashmisinha.com or follow her on twitter @rashmi.