How Self-Tracking Geeks are Shaping our Future 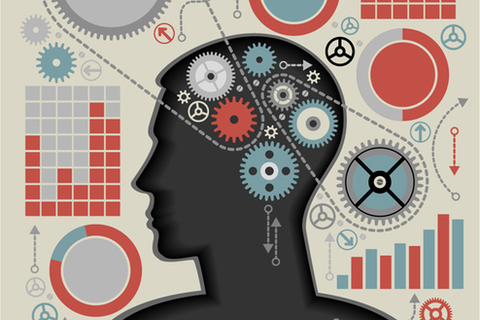 Imagine a world in which everything you say and do, and how your body responds, is tracked and analyzed.

Our panel features speakers who have imagined that world and worked to create it as entrepreneurs, executives, investors, organizers and fanatics. Aided by new technology, more people than ever are using data to truly know everything about their well-being – even down to their amino acid levels. If you are interested in learning the latest thinking in the Quantified Self movement, whether or not you collect data about yourself, do not miss this panel.

The trend goes beyond athletes recording training data and dieters logging calories. Innovators are making it easy for all of us to measure the seemingly immeasureable. The future of self-tracking may help us understand and conquer the most devastating diseases, or it may waste our time and take away privacy.

What seems like a geeky concept right now has the potential to change how we live.


Gary Wolf (@agaricus) launched the Quantified Self in 2008 as a global collaboration of users and makers of self-tracking tools. Since its founding, the Quantified Self has spread to more than 80 cities in 16 countries, and has become the catalyst for a new global culture of “self-knowledge through numbers.” An accomplished book author and magazine journalist, Gary’s New York Times Magazine cover article about the Quantified Self remains the definitive description of the movement, which has also been extensively covered in major publications like Vanity Fair, The Economist, Financial Times Magazine, and many others. Gary’s 2010 TED talk on the Quantified Self has been watched nearly 350,000 times. He is a contributing editor at Wired magazine and winner of the Kavli Science Journalism Award.


Lisa Kennedy, Ph.D. is Chief Marketing Officer for GE’s healthymagination initiative, a $6 billion commitment to improving quality, access, and affordability with the goal of revolutionizing the world’s healthcare. The collaboration relies heavily on technology, people, and partnerships to identify and develop ideas, such as an open innovation challenge in cancer to identify new areas to accelerate innovation and access to cancer care. Her team also leads digital health incubation focusing on patient empowerment and ambient intelligence. Dr. Kennedy joined GE Healthcare as Chief Economist before becoming Global Head of Marketing Operations, GEHC, where she was an integral part of the team that created healthymagination. She earned her Ph.D. in economics from the University of St Andrews in Scotland.


Peter Zandan, Ph.D. (@zzandan) is Global Vice Chairman at Hill+Knowlton Strategies, a leading worldwide communications firm with offices in 46 countries. He has spent a career building, delivering and investing in the services of data and research companies. Dr. Zandan was founder, CEO and Chairman of IntelliQuest Information Company, which he took public on NASDAQ. He was also founder, CEO and Chairman of Zilliant, a successful venture-backed technology-based pricing optimization company. He is an early stage investor in over 20 data companies with recent investments in Klout, Next Big Sound, and Quantified Impressions. Peter has been selected by Interactive Week as one of the “Unsung Heroes of the Internet” and awarded Ernst and Young’s “Entrepreneur of the Year.”


Sonny Vu (@sonnyvu) is CEO and founder of Misfit Wearables, his third startup, which develops highly wearable sensor devices for general wellness and medical apps. The company’s new product, Shine, is an elegant activity tracker funded from a wildly successful Indiegogo campaign that raised nearly $850,000. Previously, Sonny led AgaMatrix from a two-person startup to a mover of three million glucose readers and over a billion biosensors for people with diabetes. He created the world’s first iPhone-connected medical device, a glucose meter, which won the Red Dot Design Award and the Good Design Award. Sonny was a Ph.D. candidate at MIT, where he studied under Noam Chomsky.