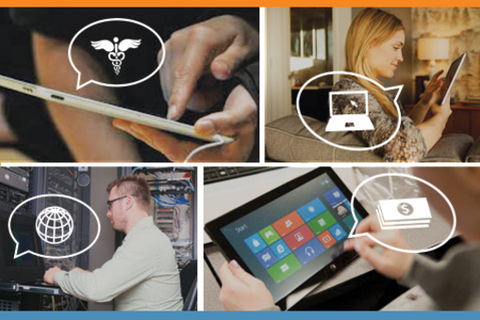 In 2010, Mark Zuckerberg said: “There is going to be an opportunity over the next five years or so to pick any industry and rethink it in a social way.” His prediction has come true.

New profession-based social networks have emerged that extend B2B social networking beyond LinkedIn. These vertical social networks combine online communities and business software to help everyone from accountants and IT professionals to doctors and engineers rethink the 9-to-5 workday.

Hear how these professional social networks are transforming the way people do their jobs and how B2B marketers can leverage these communities to reach and engage with potential customers. Attendees will also learn about the innovative business models industry social networks are using and how such models can be applied to other industries.


Calen Holbrooks is a Audience Marketing Manager at Microsoft focused on helping SMB organizations understand how to better leverage Microsoft products and services.

Holbrooks holds a Bachelor of Arts in Business Administration-Marketing from the University of Washington, and is currently an MBA candidate at Seattle University. She is also a die-hard Huskies and Seahawks fan!


In 2006, Jay Hallberg co-founded Spiceworks, which has grown into the largest and fastest-growing professional social network for IT. With more than 2.4 million IT professionals using Spiceworks, it’s transforming how over $1 trillion worth of technology products and services are managed, marketed and sold each year in the small and mid-sized business (SMB) market.

Jay frequently speaks on social business applications and networks, B2B social commerce & marketing, and SMB IT trends at top industry events, including the Web 2.0 Expo & Summit, Interop, Cloud Summit, TechCrunch Roundtable, InformationWeek 500, and GigaOm Structure, among others. His commentary has also appeared in top publications such as The New York Times, The Wall Street Journal and Investor’s Business Daily. Jay holds an MBA from Harvard and an engineering degree from the University of Illinois.


Kirk started Wave Accounting after 13 years in digital media. Kirk has headed up business development, advertising sales and has built tech teams for some of Canada’s largest media brands, corporations and financial institutions. Wave is his third start-up.


Rebecca Lieb is an analyst at Altimeter Group where she covers digital advertising and media, an area that encompasses brands, publishers, agencies, and technology vendors.

Rebecca previously launched and oversaw Econsultancy’s US operations. She was VP and editor-in-chief of The ClickZ Network for over seven years. For a portion of that time, she also ran SearchEngineWatch.com.

Earlier, Rebecca held executive marketing and communications positions at strategic consultancies, including Siegel+Gale, and has worked in the same capacity for global entertainment and media companies, including Universal Television & Networks Group (formerly USA Networks International) and Bertelsmann’s RTL Television. As a journalist, she’s written on media for numerous publications, including The New York Times and The Wall Street Journal. She spent five years as Variety’s Berlin-based German/Eastern European bureau chief. Until recently, Rebecca taught at New York University’s Center for Publishing, where she served on the Electronic Publishing Advisory Group.

Her book, The Truth About Search Engine Optimization, published by FT Press, instantly became a best-seller on Amazon.com. It remains a top-10 title in several Internet marketing categories. Her most recent book, Content Marketing, published in October 2011.

Based in New York City, Rebecca is a former film critic who still spends way too much time watching hyper-obscure movies — when she’s not scouring the outer boroughs for southeast Asian cuisine.