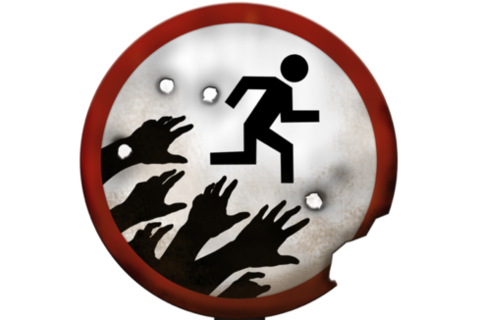 Everyone wants to be fitter. The trouble is making yourself exercise.
Some systems use 'gamification' to turn exercise into points, and set targets and 'win' conditions. Zombies, Run! takes a different approach. We combine gameplay and storytelling to make an audio adventure with one way to escape from the zombies: run.
The game is out on iPhone, Android and Windows Phone. It's one of the highest grossing and most successful smartphone fitness apps ever. We spent nothing on marketing or advertising, the IP is brand new, and we raised our funding Kickstarter.
In this talk, we'll explain why we think it works so well, thanks to: the motivational power of immersive storytelling where you can't wait to hear the next instalment; our focus on hands-free gameplay; ensuring playability by all ability levels; the high quality story by an award-winning novelist; and excellent sound design and engineering.
We think this might be the future of fitness gaming.


Adrian Hon is co-founder and CEO at Six to Start, specialising in gamelike stories and story-like games for the web, mobile, and real world, the latest being the international bestseller, "Zombies, Run!" Clients have included Disney, the BBC, Channel 4, and Penguin, and Six to Start has won multiple awards including Best of Show at SXSW.


Alex is an Electronics and Computer Science graduate, multitool-carrying technician, and the Lead Developer of Zombies, Run! at Six to Start.

As a theatrical technician Alex has toured productions to theatres in New York, Florida and the London West End. When not working behind the scenes, Alex enjoys drinking, writing dystopian fiction and trains (preferably all three at the same time).


Matt is works at Six to Start, where he is the sound director on Zombies, Run! and the writer of the game's popular "Radio Abel" segments. He is an award-winning poet and playwright, an enthusiastic amateur poker player, and a lover of fine ale.

Writing his dissertation on Philip K. Dick has ensured he never quite believes what is happening to him, which is probably a good thing.


Naomi Alderman is an award-winning novelist, a journalist and games designer and writer. Her novels have been published in 12 languages, and Little, Brown will publish her latest, The Liars' Gospel, on 11th March 2013. She broadcasts frequently on BBC Radio 4 and writes often for the Guardian.

She's the lead writer and co-creator of Zombies, Run! - the bestselling iPhone fitness game and audio adventure. She's currently being mentored by Margaret Atwood as part of the Rolex Mentor-Protegee programme.