I'm Into Jobs That Don't Even Exist Yet 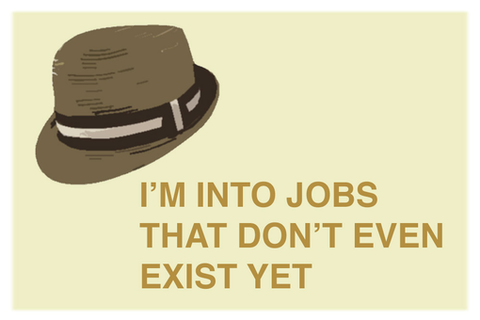 Graduates into the rapidly changing media environment have to learn current concepts, but must also be prepared to grasp new ideas and quickly apply them to their careers. Like the ironic, hipster T-shirt that declares "I'm Into Bands That Don't Even Exist Yet," today's educators are training students for jobs that don't exist yet, and graduates are expected to be productive in defining and shaping these new roles. Social media editors, community managers and programmer/journalists, for example, are roles that developed in recent years, and some have been more successful than others in moving into these positions. How can we best prepare students to be successful in an environment that requires flexibility and innovation? And how can anyone apply this model throughout a career? This approach has more to do with encouraging and developing a mindset for learning than an emphasis on specific tool training or a particular skill set.


Aron Pilhofer is editor of Interactive News for The New York Times. His team combines journalism, social media and technology to enhance The Times's reporting online. He also is co-founder of DocumentCloud, a nonprofit news startup that aims to improve journalism by making it easier for newsrooms to post, search and share source documents online. In 2009 Aron co-founded another startup, Hacks and Hackers, which aims to bring journalists and technologists together. Aron joined The Times in 2005 as a reporter on the paper's newly expanded computer-assisted reporting team, where he specialized in stories related to money, politics and influence.


Cindy Royal is an associate professor in the School of Journalism and Mass Communication at Texas State University in San Marcos where she teaches Web design and online/digital/social media courses. She completed Ph.D. studies at The University of Texas in 2005. Her research interests include understanding the role of programming and data in journalism, using social media in experiential learning projects and the integration of technology in education. Her students have gone on to digital media careers for prominent organizations, including The New York Times, Austin American-Statesman, San Antonio Express-News, Austin Post, KUT Austin, Blackbaud/Convio, Spredfast, Homeaway, SXSW, IBM, Trademark Media, Bancvue Interactive, T3, Rockfish Interactive, Rice University, Concordia University and The University of Texas. Royal, an avid live music fan, hosts a music blog and Web talk show at onthatnote.com and a tech blog at tech.cindyroyal.net. She writes for Texas Music Magazine, co-founded the Austin chapters of Hacks/Hackers and Online News Association and is a co-adviser for the student chapter of Social Media Club at Texas State. In 2011 & 2012, she was a finalist in the AEJMC/Scripps Howard Journalism Teacher of the Year competition and was named one of the "Top 50 Social Media Savvy Professors in America" by OnlineColleges.net. She was a winner of the Statesman's Texas Social Media Award in 2010. More information on her background and activities can be found at cindyroyal.com.