The Rise of Re-Commerce: Shop Used in a New Way 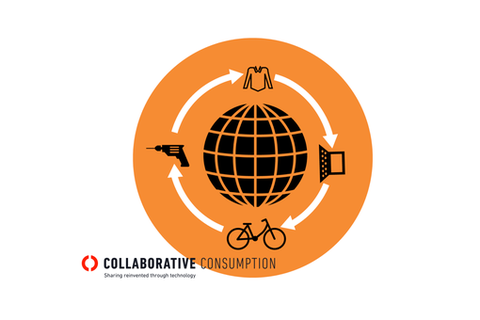 Fact: There is $7,000 worth of unused stuff in your home. But turning that stuff into cash isn't easy, and most consumers don't even know where to start. Despite a decade of web innovation, services that help you sell or rent out used goods never became mainstream. Is it because we live in a throw away society? Or because "used" as a market isn’t sexy? Whatever the reason, resale hasn't received much attention since eBay's launch in 1995. But the times are changing. Consumers are becoming increasingly conscientious. Shoppers are demanding environmentally responsible options at lower prices. Being frugal is suddenly trendy. Resale’s time is now, and new Internet startups are stepping up to the plate, meeting consumer demands with innovative twists on an age-old industry. The “re-commerce” market is defined by the recovery of product through online distribution channels. We’ll explore the growing consumer need for resale and the challenges tied to building these platforms online.


I'm a reporter at Fast Company covering all things technology. I'll be speaking on the SXSWi panel, "The Rise of Re-Commerce: Shop Used in a New Way."


Under the leadership of Israel Ganot, CEO, president and co-founder, Gazelle has emerged as the leader in high-end consumer electronics trade-in, facilitating more than 1 million gadget trade-ins. Gazelle has been named to the Inc. 500 list of fastest growing companies for three consecutive years. Israel brings 19 years of e-commerce and offline retail experience to Gazelle, having spent six years at eBay and PayPal, where he was instrumental in the company's international expansion in Europe, Latin America and Asia. Israel also served as director of finance & operations at eBay UK Ltd., where he helped scale the local business to $300 million. He began his career as a retail analyst with Goldman Sachs. Israel holds an MBA from Harvard and a bachelor's degree from New York University's Stern School of Business.


James is a serial entrepreneur and recent graduate of the Harvard Business School and the Harvard Kennedy School where he was both a Bill George Fellow at the Center for Public Leadership and an HBS Goldsmith Fellow. Prior to HBS/HKS, while working in the Bay Area, he helped build one of the nation's premier public schools, Pacific Collegiate School - recently named the #3 school in America by US News & World Report. He is a product of New Jersey public schools and Boston College.


Ross Lohr is a social entrepreneur from Boston, Massachusetts. Ross grew up in Newton, Massachusetts and received a BA in economics and psychology from Boston University. At age 21, Ross started his first non-profit, NTC (www.NewtonTanzania.org), connecting students in the United States and Tanzania through cultural exchange and improving educational opportunities for children in Tanzania. Amazed by the millions of incredible cast-away American t-shirts that get dumped on lower income countries, Ross co-founded Project Repat (www.ProjectRepat.com), upcycling excess clothing into fun, fashionable, and functional products while creating fair wage employment opportunities in the United States.