200M Reasons to Launch Your App in China 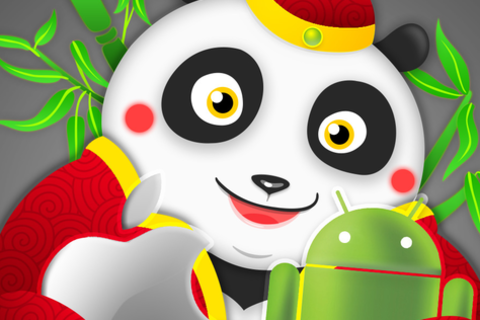 Do app and mobile game developers from the West stand a chance in China? The country now leads the world in new iOS/Android phone activations, with a market forecast to have over 200 million smartphone owners this year. It’s also the world’s largest app market, where 2/3rds of iOS owners have bought at least one app, and where 66% of the top grossing iOS/Android games are from the West. (Angry Birds and Plants versus Zombies: Huge in China.) But it’s also a wild and unpredictable market, with hundreds of different app stores, very different monetization behavior, and often rampant, unchecked IP piracy.
However, there are ways Western developers can protect their apps and thrive in China -- as long as they’re willing to work with the Chinese culture and economy, not against them. A panel of US China experts share the insights and hard lessons they’ve learned back and forth across this Great Wall of opportunity.


Andy established Kabam's first international game studio in Beijing and was responsible for the operations and corporate / business development for Kabam in Asia. At Kabam, Andy introduced the company's data-driven approach to game development to a predominantly Chinese development team resulting many lessons learned and a few correctional pivots, eventually leading to the development of Kabam's first iOS title Kingdoms of Camelot: Battle for the North, the top grossing iOS game for 2012.

Prior to that, Andy led business development and interactive media operations for STAR TV China, a wholly owned subsidiary of News Corporation. Under his tenure, he led the development of Newscorp's first social network in Asia which eventually was combined with the launch of MySpace China.

Prior to joining News Corp, he drove investment decisions and portfolio management for SIG Capital Partners, a Shanghai-based merchant bank and pioneer in venture capital focusing on the early China TMT landscape.

Earlier in his career, Andy advised technology companies as a technology investment banker at Credit Suisse First Boston and BancAmerica Montgomery Securities in Silicon Valley and London during the dot-com era in the late 90s.

Andy is a bilingual and bi-cultural Chinese and has been in China for the past 12 years. He studied Business Administration at the Haas School of Business at UC Berkeley.


Henry is Founder and CEO of Yodo1, a market entry specialist that helps Western game developers successfully launch and monetize in the rapidly expanding China mobile market. At Yodo1, he co-produced mobile games titles customized for the China market, including Robot Entertainment's Hero Academy - China Battle Grounds and successfully promoted a number of Chart Topping hits in the China AppStore including Defiant Developments Ski Safari, XMG's Powder Monkeys and HandyGame's Clouds & Sheep. A veteran technologist and international business strategist, Henry has over 18 years in leadership roles for companies that include Microsoft and Brocade Communications. As a serial entrepreneur, he previously co-founded a number of successful ventures, including an $80 million Hong Kong listed venture fund, as well as RTMAsia, a leading pan-Asia market entry consulting firm that has helped over 70 US tech companies accelerate their business in Asia. Henry studied Information Technology & International Finance at Swinburne in Australia and is currently based in Beijing, China.


Lisa is the Managing Partner and Founder of Niko Partners (http://www.nikopartners.com), the Leader in Asian Games Market Intelligence ™. Her responsibility includes client relations, research & analysis, business development, operations, and partnerships. Lisa founded Niko Partners in 2002 and has since developed expertise on the Chinese and Southeast Asian online games industries that has benefitted Niko’s clients, companies that are global leaders in game publishing, game services, hardware, and investments.
Lisa has spent 20 years honing her experience in management positions and in the roles of Asian and specifically Chinese market research analyst, Asian and Chinese market entry consultant, Japanese equities analyst, and US-Japan economic policy analyst. She has been a well-regarded speaker on global technology markets for many years.
Lisa has lived and worked in New York, Washington DC, Los Angeles, San Francisco, San Jose, Tokyo, London and Sanya (China), and makes frequent trips to Shanghai and Beijing for Niko Partners. Her past US-based international business roles included extensive travel throughout Asia and Europe. She speaks Japanese and is studying Mandarin.
She earned an MA in International Economic Policy from The American University in Washington, DC, and a BA in Political Science & International Affairs from UCLA. She believes in peace through intercultural understanding, hence she volunteers her time for AFS Intercultural Programs, a leading global exchange student organization.


Patrick Hudson is a principal co-founder and President and CEO of Robot Entertainment. Prior to Robot, Patrick was an Executive Producer at Ensemble Studios and led production efforts on Age of Empires III: The Warchiefs, Age of Empires III: Asian Dynasties and a massively multiplayer online game prototype. Patrick has a bachelor’s degree from Texas A&M University and a MBA from Harvard Business School.