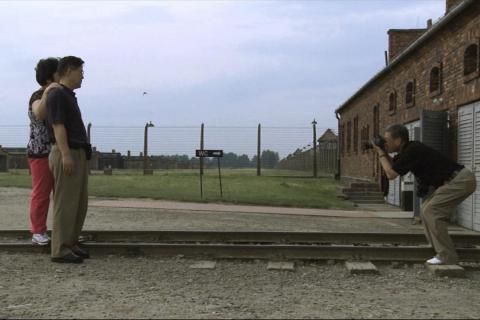 "After" is a film about contemporary life in Auschwitz. In an observation from dusk till dawn, it portrays the theatre of everyday life around the grim confines and captures the energies and activities of a world fascinated by this former concentration camp.

Lukasz is a Polish filmmaker based in London. After three years of film school in Poland, he moved to the UK and joined the National Film and Television School to build on his experience as a film-maker.

He worked as a cinematographer on documentaries and assistant director on fiction films. He took part in projects which were shown in esteemed film festivals (such as IDFA, Visions du Reel) and art galleries (e.g. the Museum of Modern Art in New York).