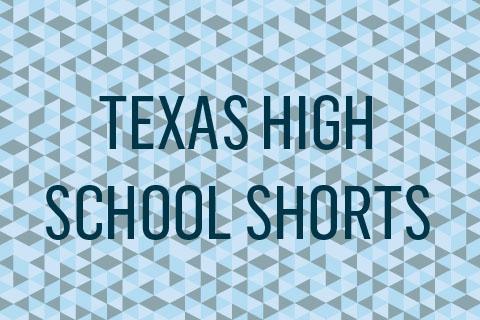 Adam Mosley - Who I Am
Director: Jake Wangner
Adam Mosley is an amateur Fort Worth skateboarder. He spends his days rolling across the pavement learning new tricks. Take a quick look into his daily life.

CaNnibal
Directors: Sophia Haid, Ivan Kumamoto
The can man can.

Charlie Hughes
Directors: Kyle Matthew, Hirsh Elhence
What did you do to mom?

Don't Be Afraid Ashley
Director: Makena Buchanan
Don't be afraid Ashley, It's just a dark empty theater, there's no one here but your friends.

Drop
Director: Zenzele Ojore
"Drop" is an experimental narrative that tells the story of a young drowning victim, her journey through the “in-between” and the many memories of her past to reach her alternate peace.

Dropoff
Director: Conner Miller
A man on the run--but from what?

THE EXCHANGE
Director: Louis J. Zylka
One night, a robbery took place at a museum and someone got murdered. It's up to Detective Bones to solve this crime.

Gas Giant
Director: Andrew Haworth
Gas Giant is a stop motion animated short about a man who wakes up on his lawn and realizes he's 50 feet tall.

GBFF
Director: Atheena Frizzell
More than anything else in the world, Reese wants a gay best friend. She sets out to get one but her plan goes terribly awry.

The Magic Lasso
Director: Amy Harvie
The Magic Lasso is a thriller about a young girl who wakes up from a coma in a post-apocalyptic hospital and the abandoned characters she discovers there.

Obsession
Director: Stephen Mendoza
Obsession is a thriller about a disturbed young woman who finally has the evening she has been dreaming of with the object of her affection.

Outbreak
Director: Maddison Lopez
What would the average high school student do to survive a zombie apocalpyse?

Skin To Bone
Directors: Taha Dawoodbhoy, Brandon Torio
Skin To Bone is a fan made music video to the song "Skin To Bone" by Linkin Park. The video delves into the dark meeting behind the song.

True Story
Director: Miles Andres
Based on a true story.

Zipper
Director: Rachel Davis
A girl find a body and a zipper catches her attention....