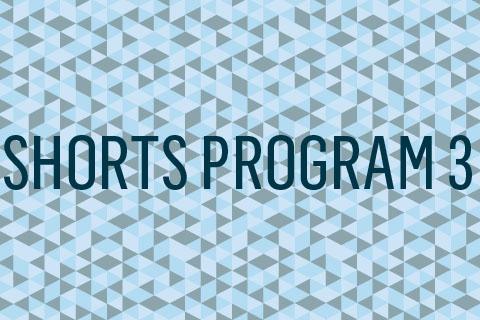 Ellen is Leaving
Director: Michelle Savill
On the eve of departing overseas, Ellen makes the fateful decision to gift her boyfriend a new girlfriend.

It's Not You It's Me
Director: Matt Spicer
A young woman's relationship takes a dark turn when every sound her boyfriend makes starts to annoy her.

Mobile Homes
Director: Vladimir de Fontenay
MOBILE HOMES tells the story of a young woman, trapped in sex trafficking, and her son who explores an unlikely way out.

Shale
Director: Jed Cowley
John, a stubborn shale pit owner, and his once dutiful wife, Sheila, have a grave confrontation after months of separation.

SKIN
Director: Jordana Spiro
A child taxidermist, an outsider in his small town, is entranced by a girl who finds his work beautiful. But just as their relationship begins to progress, he does something that drastically changes everything.

When We Lived in Miami
Director: Amy Seimetz
Filmed in Miami during Hurricane Isaac, this is a hypnotic short about the lengths one woman will go to keep her family from falling apart.