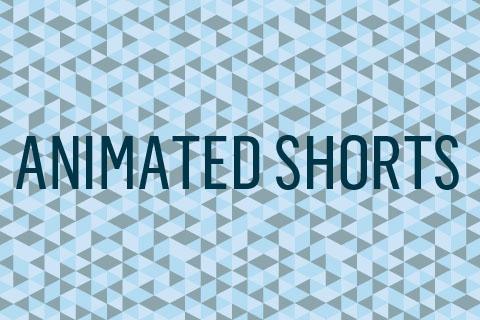 The Blue Umbrella
Director: Saschka Unseld
It is just another evening commute until the rain starts to fall, and the city comes alive to the sound of dripping rain pipes, whistling awnings and gurgling gutters. And in the midst, two umbrellas—one blue, one not—fall eternally in love.

The Event
Director: Julia Pott
Love and a severed foot, at the end of the world.

The Gold Sparrow
Director: Daniel Stessen
In a black and white world artists must defend their color.

Kishi Bashi - ''I Am The Antichrist To You''
Director: Kishi Bashi
A surreal stop motion collaboration between avante-pop/violinist Kishi Bashi and acclaimed animator Anthony Scott (Coraline, Paranorman). An abandoned puppy awakes in a post-apocalyptic world with vivid memories of his love and all that he lost.

Old Man
Director: Leah Shore
For more than 20 years Charles Manson has refused to communicate directly with the outside world. Until Now.

The Places Where We Lived
Director: Bernardo Britto
A man wakes up with a weird feeling. His parents are selling his childhood home.