A Conversation with Rob Zombie 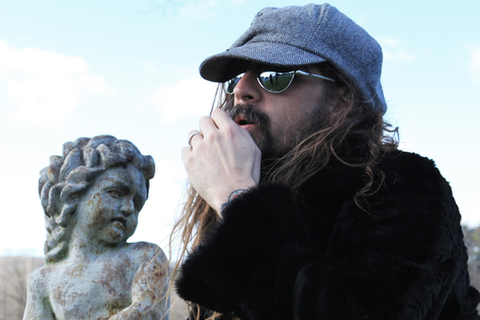 An auteur filmmaker with unlimited vision, Rob Zombie’s unique voice has gained him unparalleled recognition across the mediums of film, music and publishing.  Zombie’s most recent cinematic feat, The Lords of Salem, is produced in association with Jason Blum, Steven Schneider, Oren Peli (Insidious, Paranormal Activity franchise), and Andy Gould.  It premiered at the 2012 Toronto International Film Festival and will be released through Anchor Bay in April 3012.  He’s had evident box office success with his re-imagining of John Carpenter’s Halloween in 2007, which premiered at #1 at the box office, breaking all Labor Day Weekend records and grossing over $80 million dollars worldwide.  Having breathed new life into the Halloween franchise, he also helmed Halloween 2 (Dimension), in August 2009.  Prior to that, Zombie wrote and directed the 2004 cult favorite House of 1000 Corpses (Lionsgate) and its companion, 2005’s critically acclaimed The Devil’s Rejects (Lionsgate). Zombie also added a twisted, R-rated animated feature to his roster, The Haunted World of El Superbeasto (Starz), based on his own comic book series.

For the past two decades Zombie has also directed dozens of music videos, and was the first self-directed artist to win an MTV VMA.  He’s also directed a special episode of the CBS’s wildly popular CSI: Miami, Tom Pappa’s Comedy Central special, and uncharacteristically macabre commercials for Woolite laundry detergent and AMDRO ant bait.  As a musician, Rob Zombie is a 7 time Grammy-nominated recording artist, who has sold over fifteen million albums worldwide to date, and his latest album Venomous Rat Regeneration Vendor will be released in April 2013.  Zombie still dominates the touring world, selling-out arenas around the globe, and toured the US on co-headline tours with the likes of Alice Cooper, Ozzy Osbourne, and Slayer.  When it comes to any artistic feat or endeavor, leave it to Rob Zombie to challenge and stretch the bounds of imagination, and the comfort zones of his audience.

Rob Zombie The Lords of Salem