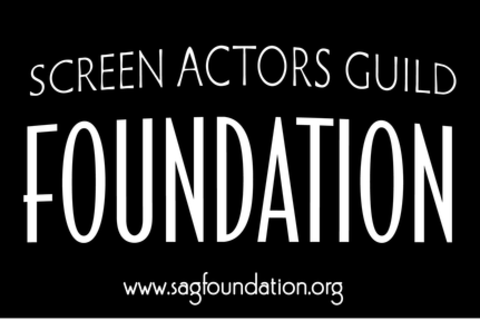 Being well-branded and communicating that brand efficiently to the specific buyers of that brand is critically important so that you can relax and concentrate on the craft that inspired you in the first place.

Join Los Angeles casting director Bonnie Gillespie (Los Angeles, CA) and a regional casting director for a dynamic actors’ workshop about the importance of branding yourself. Bring your questions and get ready to learn how to tier jump. Tackle the three biggest career mistakes in this hot mini-seminar brought to you by the Screen Actors Guild Foundation.

Questions that will be answered:
1. How can I discover my primary type?

2. How can I get on the radar of those who regularly cast my type?

3. How can I meaningfully connect with the buyers when "networking" feels so icky?


Bonnie Gillespie is living her dreams by helping others figure out how to live theirs. She casts SAG indie feature films and series such as the zombie smash hit BITE ME which made the leap from web to TV with Lionsgate in 2012. Her column, The Actors Voice, runs weekly at Actors Access and her podcast is available on iTunes. Her books include Casting Qs, Acting Qs, and Self-Management for Actors, which was named one of The Top Ten Best Books on Acting Ever Written, and featured at the Tom Cruise actor resource blog. Bonnie regularly facilitates seminars based on this top-selling book and has traveled internationally -- to demystify the casting process and the business side of pursuing an artistic career -- as a guest instructor at colleges, universities, actors' unions, and private acting studios. Bonnie has been interviewed on Good Morning America, BBC Breakfast, ARD-1 Germany, UTV-Ireland, Sunrise Australia, CBC Radio One, E! Online, and in the LA Times.


Hailing from Austin, TX, Caroline O'Connor is the Director of Communications at the Screen Actors Guild Foundation, a national non-profit arts organization that provides free professional workshops, panels and seminars to SAG-AFTRA performers and the public at large through its livestream and YouTube channel. Caroline directs all of the SAG Foundation's communications, social media, press and publicity. Somewhere along the way, she acted in the Zellner Brothers film GOLIATH that premiered at Sundance 2008 and played SXSW 2008. It gave her the esteemed title of Caroline O'Connor IV on YOUKNOWwhere. She lives in Los Angeles and is thrilled to be coming home to SXSW 2013.


Rochelle Rose started her acting career at the age of six, she has worked in print, commercials, voice-overs, television and over twenty films. Most notably in James Cameron’s ‘Titanic’ as The Countess of Rothes, in a BBC version of 'The Tempest' as Ceres, The Goddess of the Earth and most recently she made Lindsey Lohan cry in Lifetime’s ‘Liz and Dick’.
Rochelle has taught drama, produced theater and written entertainment features for ‘InStyle’ magazine and the English daily newspaper ‘The Daily Express’.
As National Director of Actors Programs for the Screen Actors Guild Foundation, Rochelle oversees all of the Foundation’s career empowerment programming; annually producing over 350 events nationwide and reaching nearly 100,000 performers globally. To view many of these programs, visit the SAG Foundation video gallery at www.sagfoundation.org.