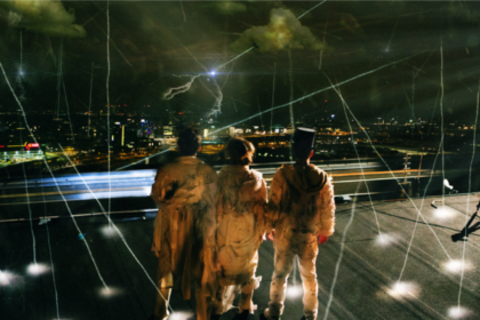 Cloud Chamber is a premium online mystery launching this spring. It aims to raise the bar of online fiction with international stars, feature film production values and a deep understanding of social media and gaming. But fusing films, games and social networking into a single online experience means bringing together personalities and processes from very different worlds that don’t always speak the same language.

With a team that ranges from experienced film personnel such as producer Vibeke Windelov (Lars von Trier, Susanne Bier) to producer Stinna Lassen (straight out of film school) and the seasoned Internet director, Christian Fonnesbech and his team, the scene was set for a new kind of process. Both producers and talent had to break down many doors and barriers to work in a field that neither industry - nor financiers - called theirs. The session will focus on the project and its development – and what it's like not only to talk but to collaborate across domains.

Questions answered:
1. What is the team's vision for the future of entertainment?
2. What did they learn about collaborating across domains like film, games and internet?
3. In what way is visual storytelling for cinema and for the internet different?
4. What was the biggest showstopper in the process?
5. What were the biggest wins?


Christian Fonnesbech is an Internet director, currently finishing up Cloud Chamber for launch this spring.

Cloud Chamber stars Jesper Christensen (James Bond), Sara Hjort and Gethin Anthony (Game of Thrones): A young astrophysicist discovers a signal from another world that has been kept secret for 20 years. She risks her sanity and betrays her father in order to save humanity from itself.

The format is a premium online mystery on a single site and app, fusing film, social and game into an emotional experience. Users pay to play.

Christian is partner and Creative Director at Investigate North and has directed more than 35 online projects and 3 online mysteries for entertainment, advertising and learning.


Stinna Lassen is founder of and producer at Windelov/Lassen and Investigate North, both of which she founded with renowned international producer Vibeke Windeløv (Lars von Trier, Susanne Bier). She has been in the film industry for nearly 10 years and is a graduate of the National Film School of Denmark.
Stinna Lassen began working in the film industry after studying at the European Film College from 2004-2005, when she joined Nordisk Film Production as Assistant Producer to mainly Executive Producers Thomas Heinesen and Kim Magnusson, while producing her own short films.
In 2007 she enrolled at the National Film School of Denmark in the production department, where she produced more than 10 short films in both fiction, animation and documentary. During her studies she started working with Producer Vibeke Windeløv, with whom she founded Windelov/Lassen and Investigate North (formerly Windelov/Lassen Interactive) in 2011.