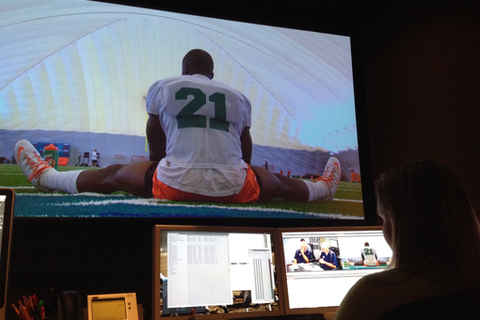 Bringing audiences inside the literal arena, sports filmmaking offers a unique inside look at the inherently relatable themes of triumph, tragedy, adversity and glory that go hand in hand with sports, where opponents are inevitably both external and internal. Creating an emotional connection on a grand yet intimate scale, sports filmmaking bonds us to the stories that humanize athletes and capture the pulse of competition in a way rarely seen. Join the leading authorities behind today's most notable sports filmmaking, Connor Schell (ESPN Films), Ken Rodgers (NFL Films) and Ross Greenburg (Ross Greenburg Productions), in a discussion on the evolution of sports filmmaking, its influence on pop culture and its continued resonance with audiences across all cultures and backgrounds.