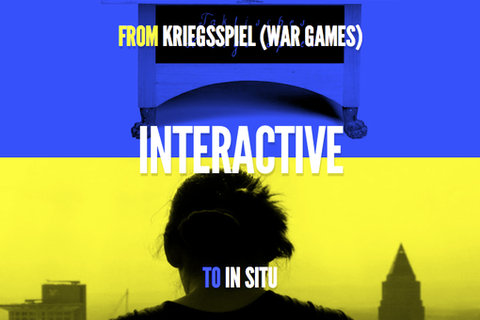 MIT has launched a documentary lab. Why? Because at this moment of media change, the opportunities for documentarians have never been greater. Yet it is also a time of confusion, with narrative structures, technologies, business models and the role of the maker rapidly transforming. Questions abound. How can filmmakers and technologists access the financial, technical, and artistic resources to push the field forward? How can traditional filmmakers make the leap to interactive? Innovation is key. Surrounded by cutting-edge technologists and researchers, MIT's OpenDocLab is opening its virtual and physical doors. Beyond an overview of new developments in the field and at MIT, we will present OpenDocLab's initiatives and the resources available to filmmakers at OpenDocLab and in the field.


Chris Boebel is a producer and director of documentaries, currently collaborating with his wife, Christine Walley and the MIT Open Doc Lab, on "The Exit Zero Project", a documentary media project tracing the long-term effects of deindustrialization on Southeast Chicago. The project includes a book written by Walley ("Exit Zero," Univ. of Chicago Press, 2013), an in-progres feature-length documentary, and an interactive documentary website. Chris is a producer/director of documentary and other video programs at MIT Video Productions. He is also instructor and co-developer of MIT’s “DV Lab”, a graduate and undergraduate course that combines theoretical analysis of science documentaries with hands-on documentary production. Chris’s work has screened at more than 50 film festivals around the world, including the Sundance Film Festival, and has appeared on many television networks, including PBS, the BBC, and Nickelodeon. An alumnus of New York University’s Graduate Film Program in the Tisch School of the Arts and recipient of both a Paramount Pictures Grant and a teaching fellowship, Chris has also been a resident fellow at the Millay Colony for the Arts.


Jesse Shapins is a media entrepreneur, cultural theorist and urban artist. He is Co-Founder/CEO of Zeega, a platform revolutionzing interactive storytelling for the immersive web. For the past decade, he has been a leader in innovating new models of web and mobile publishing, his work featured in Wired, The New York Times, Boingboing and other venues. His artistic practice focuses on mapping the imagination and perception of place between physical, virtual and social space. His work has been cited in books such as The Sentient City and Networked Locality, and exhibited at MoMA, Deutsches Architektur Zentrum and the Carpenter Center for Visual Arts, among other venues. He is the Co-Founder of metaLAB (at) Harvard, a research unit at the Berkman Center for Internet and Society, and is also on the faculty of architecture at the Harvard Graduate School of Design, where he has invented courses such as The Mixed-Reality City and Media Archaeology of Place.


Katie Edgerton studies emerging forms of digital storytelling, and the future of the film and television industry. Her forthcoming thesis focuses on storytelling, scriptwriting and new technology. She is a researcher at the the MIT Open Documentary Lab, and a graduate student in MIT's Comparative Media Studies program.

Prior to MIT, Katie was an Assistant Curator for Exhibitions at the National 9/11 Memorial Museum at the World Trade Center. She helped develop the Museum's exhibit narrative, and scripted the 9/11 Timeline, a Webby Award honoree.


Sarah Wolozin is Director of the MIT Open Documentary Lab, a center for experimentation, education, and critical dialogue that brings storytellers, technologists, and scholars together to advance the new arts of documentary. As Director, she initiates and oversees activities related to the lab including partnerships, projects and events that support the emerging field of digital storytelling. Before coming to MIT, she produced documentaries and educational media for a wide variety of media outlets including PBS, History Channel, Learning Channel, NPR, and for various websites and educational technologies. Her work includes an episode of the PBS series, America’s Sorting Machine: Unequal Access to College, the last episode of the PBS series, This Far By Faith: African-American Spiritual Journeys, and the Peabody-winning series, I’ll Make Me A World: African-American Arts, for which she served as associate producer. She started experimenting with the Web back in the early stages of its public use and produced an award-winning interactive website based on a comic book character. Whatever the platform, her main interest is in enabling diversity of voice and provoking discussion and action through a good story.