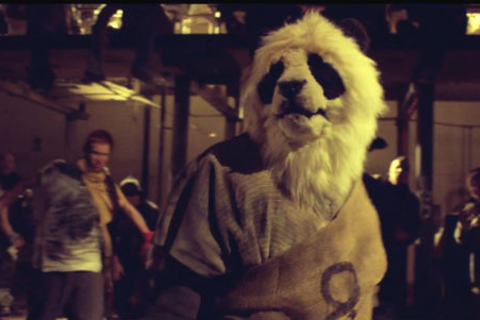 You’re a group of filmmakers in your 20s and want to make a live-action series about the last panda in a post-apocalyptic Wasteland. In your small Australian city, there’s no way this will be funded, but you know your audience exists. What do you do? Turn to the internet.

Our panel is a case study of Wastelander Panda from its beginnings as a 3-minute trailer to the release of 3 funded episodes & an interactive website that expands the world of the Wasteland.
We share our successes and pitfalls, including creating an extensive narrative through bisociation; using statistics & audience analysis to fund the project; & how our no-budget launch strategy propelled the trailer to 100,000 views in three days.

We also screen an episode & preview the website in our exclusive SXSW premiere.


Kirsty is the Producer of Wastelander Panda, a post-apocalyptic Drama series that tells the tale of Arcayus, the last remaining panda of the Wasteland. She will be presenting the panel "Wastelander Panda: Story Worlds & Online Strategy" alongside Writer/Director Victoria Cocks and PMD Ella Macintyre at the Film Conference.

Kirsty is an owner of Epic Films, based in Adelaide, Australia, and can be contacted via @kirstysan or http://www.kirstystark.com.


Victoria is the Writer/Director of Wastelander Panda, an online series about the last panda in a post-apocalyptic Wasteland.

Initially released as a three-minute Prologue, the concept attracted worldwide attention, spawning a series of three short films and an interactive website, to be launched in April 2013.

Victoria will be speaking at Digital Domain at the Film conference alongside Producer Kirsty Stark and PMD Ella Macintyre from Epic Films. The session is entitled "Wastelander Panda: Story Worlds & Online Strategy.”

As well as a long-form series of Wastelander Panda, Victoria has a feature film and a web series in development.


Ella is the Producer of Marketing and Distribution of Wastelander Panda, a post-apocalyptic Drama series that follows Arcayus, the last remaining panda of the Wasteland. She will be presenting the Digital Domain panel "Wastelander Panda: Story Worlds & Online Strategy" with Writer/Director Victoria Cocks and Producer Kirsty Stark. She is passionate about audience engagement and building online fan bases.

http://www.wastelanderpanda.com
Ella is an owner of Epic Films, based in Adelaide, Australia, and can be contacted via @Ella_Macintyre on twitter.